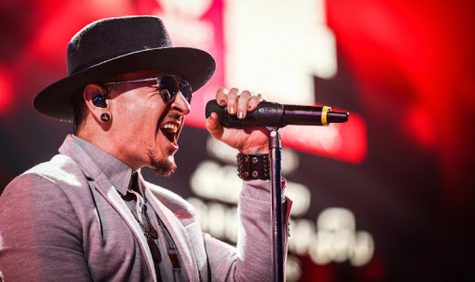 The late singer talked about battling with an addiction to drugs and alcohol in a 2009 interview with Spin. Bennington described himself as a former “full-blown, raging alcoholic.” He discussed his feelings about drinking and drugs.

“It’s not cool to be an alcoholic — it’s not cool to go drink and be an (expletive)” he explained. “It’s cool to be a part of recovery. This is just who I am, this is what I write about, what I do, and most of my work has been a reflection of what I’ve been going through in one way or another.”

Alcohol and drugs weren’t his only demons.

In 2011, Bennington talked about his emotional trauma of being sexually abused by an older male friend when he was a child with the magazine, Kerrang!

“If I think back to when I was really young, to when I was being molested, to when all these horrible things were going on around me, I shudder,” Bennington said.

Linkin Park released a new album, One More Light, on May 19. Their song, “Crawling,” from their debut album Hybrid Theory, won a Grammy for best hard-rock performance in 2001.  The group also earned four other nominations, including one for What I’ve Done from the 2007 film Transformers.

In response to his death, Bennington’s wife Talinda Bennington released a heartfelt statement to fans.

“One week ago, I lost my soulmate, and my children lost their hero – their daddy. We had a fairytale life, and now it has turned into some sick Shakespearean tragedy. How do I move on? How do I pick up my shattered soul?”

The statement continues: “The only answer I know is to raise our babies with every ounce of love I have left. I want to let my community and the fans worldwide know that we feel your love. We feel your loss as well.”

Bennington’s wife finishes the statement by saying: “My babies are so young to have lost their daddy. And I know that all of you will help keep his memory alive. He was a bright, loving soul with an angel’s voice. And now he is pain-free singing his songs in all of our hearts. May God Bless us all and help us turn to one another when we are in pain. Chester would’ve wanted us to do so. Rest In Peace, my love.”

Celebrities such as Chance the Rapper, Jimmy Kimmel, Katy Perry, and much more took to Twitter to give condolences to Bennington’s family and friends.

Chester was one of the kindest men I’ve had on my show. My heart breaks for his family and friends. He will be missed terribly.

Rest In Peace…my heart goes out to all the family left behind. If you’re suffering as well don’t be ashamed to talk to someone about it. https://t.co/26tLlmnA0z

RIP Chester. Heart goes out to the entire Linkin Park family. Having a moment of silence.

The news about Chester Bennington is devastating. My thoughts and prayers are with his family, friends and @linkinpark. Such a tragic loss

Oh dear God. Massive R.I.P to Chester Bennington of @linkinpark this BREAKS OUR HEART. Suicide is the devil on earth walking amongst us

Chester it was truly a pleasure, thank you for sharing your greatness… #RIP #LinkinPark

RIP to Chester Bennington and my sincerest condolences to his family, friends, and the Linkin Park family. Truly unique, humble frontman.

So sorry to hear the news about Chester Bennington. Sending so much luv, strength & light to his family, kids & @linkinpark ohana.

We lost another legend R.I.P. Chester Bennington of (linkin park) prayers up for the family so sad

RIP The legend Chester. You were were and will continue to be a huge inspiration to us. 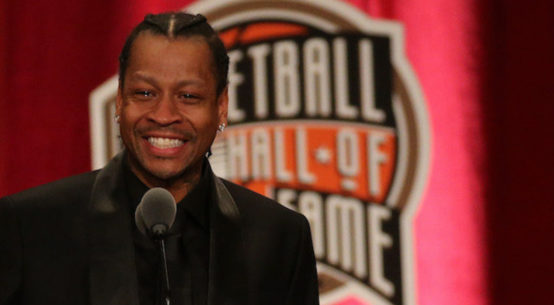 Allen Iverson Gives Thanks To Hip-Hop Heavyweights During Hall Of Fame Induction Speech!