Skip to content
You are here
Home > Featured > A New Star On The Rise: Marcylis Cunningham 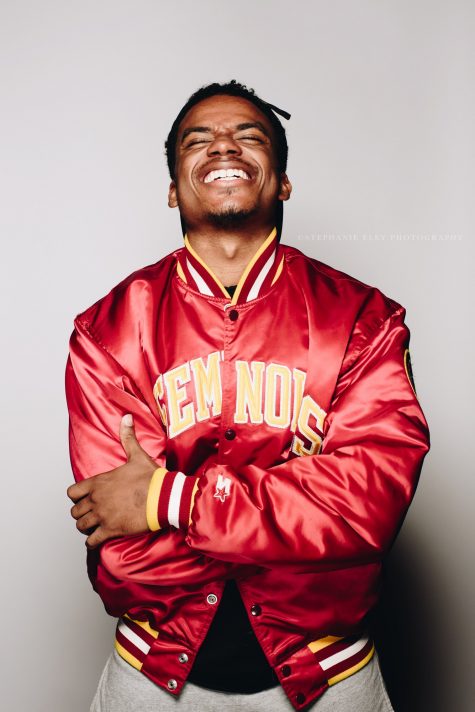 Marcylis Cunningham is a 23-year-old R&B superstar on the rise. Cunningham just released his new single “Problems” which will be featured on his upcoming album, 820. Cunningham released his first single titled “My Girl” in 2009 along with two other records which were in heavy rotation for a year. The rising star has worked with FYB Tevin and Bandit Gang Marco and has many more exciting projects in the works which include acting while gearing up to release his debut album. He has been featured on outlets such as HotNewHipHop, Sheen, and The Hype Magazine. Check out the dope interview below to get to know a new star on the rise, Marcylis Cunningham.

Sierra: When did you first start creating music?

Marcylis: I started creating music when I was like three. My parents influenced me. They were in the entertainment industry as well, they were singers, and I pretty much just stuck with it, like throughout the years. I never took it seriously when I was younger, but as I get older and progress, I say I’m gonna go ahead and turn up with it.

Sierra: You’re originally from Cincinnati, Ohio. How did you end up signing with J.Pervis Click Models in 2015 and moving to Atlanta?

Marcylis: I was at school in North Carolina, and J.Pervis and Click Models invited me to one of their summer bashes, and I flew out here to Atlanta. I went to Summer Bash and signed with them that night, and that’s how that happened. So I guess I was on their radar.

Sierra: What would you be doing if you weren’t creating music?

Marcylis: I would be doing acting. I’m also an actor too so TV and film. I’m heavily involved with that as well so it would be acting.

Sierra: Have you been featured in any films? If so, what films?

Marcylis: I haven’t had any big major roles yet, but, I recently booked a project that goes into production mid-September with Chance the Rapper. I got that coming up.

Sierra: Tell me about how the song “Gang” came about with FYB Tevin?

Marcylis: I was at the studio one day and had text Tevin. I had a few beats for him, so I told him to come to the studio so we can record. He came through, and that’s how we got “Gang.”

Sierra: How did you end up getting your song “Gang” featured on HotNewHipHop?

Marcylis: Once we dropped the song, HotNewHipHop reached out to me, and they posted it on Instagram, and that’s how. It was a shocker for me because I saw the tweet and I saw the Instagram post and got a call from my producer and my engineer.

Sierra: What was your inspiration behind the songs “Doing The Most” & “Problems?”

Marcylis: The inspiration behind “Doing The Most” came from when I was talking to this girl and from me being an artist and appealing she just couldn’t handle the attention. So I went to the studio, and I was like I’m about to make a song cause at that time the saying, “doing the most” was a big thing. I told my producer, and he played the beat, and I just went in the booth, and went crazy. “Problems” is similar to “Doing The Most.” Everything’s related to women problems. When you hear “Problems,” you’ll see exactly what I mean.

Sierra: Why did you decide to title your upcoming debut album 820? What was the meaning behind the title?

Marcylis: Aug. 20 is my birthday. So everything on this project is everything from the day I was born up until now. From life experiences, relationships, heartbreak, and things I’ve seen with other people.

Sierra: I see you do vlogs, what is it that you want viewers to take away from your vlogs?

Marcylis: Stay true to you, be you.

Sierra: What are some of your favorite genres of music besides R & B? Also, who else musically inspires you besides Usher & Ginuwine?

Marcylis: I pretty much listen to everyone, everybody, but recently I’ve been listening to Chris Brown and Drake. If I had to give you top three, it would be Drake, Chris Brown, and Bryson Tiller. To everybody else, Chris Brown is the O.G.

Sierra: What sets you apart from other upcoming artists trying to make it big in the music industry?

Marcylis: I’m my own unique person. My music, the soundscape, the lyrical content, and I’m just me. 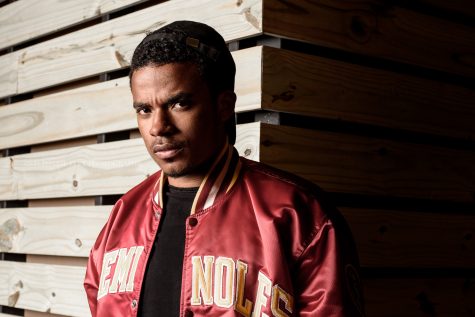 Sierra: What was it like meeting producer 4.0 and B.Smith? What other producers or artists would you like to work with?

Marcylis: So I linked with 4.0 through one of my good friends, Ray Moon, she stays in L.A. She’s an up and coming artist as well. So she called me up and wanted to do a song with me, so I came through to the studio, and we recorded her single called “Lately.” It was a dope process to work with 4.0; he’s a dope producer. B Smith is a really dope producer as well. He hasn’t had any placements with any big major artists yet, but he could potentially be somebody really big in the industry.

Sierra: When did you meet Bandit Gang Marco? What projects have you guys worked on together and how was it working with him?

Marcylis: I met Bandit Gang Marco at the studio the same night that we recorded my single “Gang.” I got to record “Gang” and another song called “Fuck That” but it hasn’t been released yet. You’ll hear about it shortly. I have two records with FYB Tevin and Bandit Gang Marco. Working with them, it was dope man, FYB Tevin and Bandit Gang Marco are two creative individuals. They’re from Atlanta, and I’m not from here, so it’s just like, the sounds and the type of music and the vibe, it all made sense, we all clicked.

Sierra: How do you maintain your relationship with your girlfriend Trill while doing all that you do?

Marcylis: Trill is like my right hand you know. She understands everything that’s going on so, really just communication. That’s the biggest factor in any relationship is communication. You have to be able to communicate the proper way with your significant other.

Sierra: Where did you guys meet?

Marcylis: We met at the movies. We just vibe. Now it’s Marcylis and Trill.

Sierra: Besides music and acting, what else do you enjoy doing in your spare time?

Marcylis: I like to travel a lot. I’m pretty much always working. From video game apps to music, and acting. I’m working with a lot of major people in L.A. too with stuff that has nothing to do with the entertainment industry, so I’m always busy. My fun is like work.

Sierra: What upcoming projects are you working on and planning to release soon along with your album?

Marcylis: People can look forward to the feature film I talked about earlier and my album 820. There’s not an official release date for the album, but I’m working on some collaborations with a few other artists out in California. Just stay tuned man, I’m gone be all over the place.

Be sure to follow Marcylis on social media and be on the lookout for his upcoming projects. 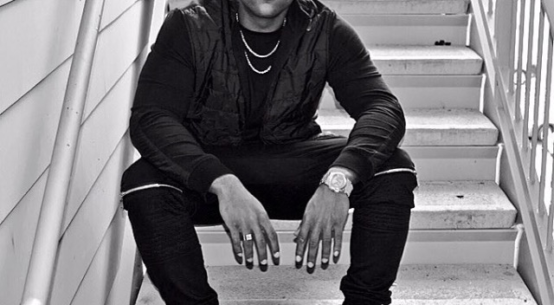 The New Voice In R&B!