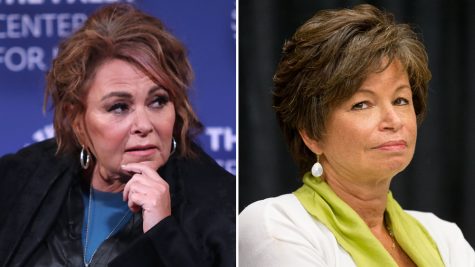 Roseanne Barr is speaking out once again after the cancellation of her ABC show, Roseanne.

The 65-year-old actress took to Twitter Tuesday stating, “I’m making restitution for the pain I have caused.”

Her tweet follows after ABC, and the show’s producers are allegedly planning for a possible reboot for the rest of the sitcom’s characters.

According to a source, Roseanne executives are discussing to work toward a spinoff for the show without Barr.

The comedy show was canceled after the leading actress, Barr, posted a racist tweet about Valerie Jarrett.

“Muslim brotherhood & planet of the apes had a baby=vj,” Barr tweeted.

After receiving significant backlash publicly and on social media, Barr has since apologized to Jarrett and claimed that her tweet was a joke.

“I apologize to Valerie Jarrett and all Americans. I am truly sorry for making a bad joke about her politics and her looks. I should have known better. Forgive me – my joke was in bad taste,” Barr said.

Barr also sent her apologies to the public, writers, and actors of the show who lost their job following the cancellation of the show.

“Don’t feel sorry for me, guys!” she said. “I just want to apologize to the hundreds of people, and wonderful writers (all liberal) and talented actors who lost their jobs on my show due to my stupid tweet.”

Channing Dungey, ABC Entertainment President, released a statement to the press regarding the cancellation of the show.

“Roseanne’s Twitter statement is abhorrent, repugnant and inconsistent with our values, and we have decided to cancel her show,” the press statement read.

Roseanne was also taken away from ABC’s press site, and Viacom removed all of the show’s reruns from all of its channels.

Barr begged executives not to cancel the show.

“I begged [Disney-ABC Television Group President] Ben Sherwood at ABC to let me apologize and make amend[s],” she tweeted.

Barr also stated, “I begged them not to cancel the show. I told them I was willing to do anything and asked for help in making things right. I’d worked doing publicity for them for free for weeks, traveling, thru bronchitis. I begged for people’s jobs.”

In addition to a canceled show, Barr was terminated from the talent agency that formerly represented her. ICM released a memo reading, “We are all greatly distressed by the disgraceful and unacceptable tweet from Roseanne Barr this morning.”

The memo adds, “What she wrote is antithetical to our core values, both as individuals and as an agency. Consequently, we have notified her that we will not represent her. Effective immediately, Roseanne Barr is no longer a client.”

Barr has been condemned by her co-stars of the show including Wanda Sykes, who was a producer for Roseanne.

I will not be returning to @RoseanneOnABC.

Emma Kenney played Barr’s granddaughter on the show and said, “As I called my manager to quit working on Roseanne, I was told it was canceled.”

Sara Gilbert, who played Darlene and Kenney’s TV mom wrote, “Roseanne’s recent comments about Valerie Jarrett, and so much more, are abhorrent and do not reflect the beliefs of our cast and crew or anyone associated with our show. I am disappointed in her actions, to say the least.”

“This is incredibly sad and difficult for all of us, as we’ve created a show that we believe in, are proud of, and that audiences love — one that is separate and apart from the opinions and words of one cast member,” she added.

Sara Gilbert also stated she agrees with ABC’s decision to cancel the show.

“In addition to my statement, I would like to say that this has been a very difficult week,” Gilbert said. “A lot of people have been hurt by this. I will say I am proud of the show we made. The show has always been about love, diversity, and inclusion and it’s sad to see it end in this way. I am sad for the people who lost their jobs in the process. However, I do stand behind the decision that ABC made.”

Michael Fishman, who played Barr’s onscreen son, D.J. said that he felt devastated for the people who put their all into their jobs and the audience. Fishman wanted to make it known that the show strived for inclusiveness and that Barr’s views do represent those involved with Roseanne.

“Our cast, crew, writers, and production staff strived for inclusiveness, with numerous storylines designed to reflect inclusiveness. The words of one person do not exemplify the thinking of all involved. I condemn these statements vehemently,” Fishman said.

With responses pouring in left and right from all those involved with the sitcom and the public, Jarrett finally addressed the comment made by Barr.

She appeared on MSNBC to discuss racism in America.

Check out the footage below.

Barr has gone to the extent of blaming Ambien for her choices. She said that her comment about Jarrett was due to her being under the influence of Ambien, which is a prescription sleep aid.

“It was 2 in the morning, and I was Ambien tweetin. It was Memorial Day too,” she said.

“I went too far and did not want it defended-it was egregious Indefensible. I made a mistake I wish I hadn’t but…don’t defend it please,” Barr added.

The pharmaceutical company behind the sleep aid, Sanofi, released a statement on Twitter stating that racism is not a side effect of the medication.

“People of all races, religions, and nationalities work at Sanofi every day to improve the lives of people around the world. While all pharmaceutical treatments have side effects, racism is not a known side effect of any Sanofi medication.”

Shonda Rhimes checked Barr telling her to own up to her actions.

Omg. I used to take Ambien! How many times was I racist in my sleep?! GIRL BYE. #ownyouractions

Barr’s incident has sprung up another topic of racism in America, one that is still ongoing. However, she claims that she is not a racist.

I’m not a racist, I never was & I never will be. One stupid joke in a lifetime of fighting 4 civil rights 4 all minorities, against networks, studios, at the expense of my nervous system/family/wealth will NEVER b taken from me.

What are your thoughts on the incident? 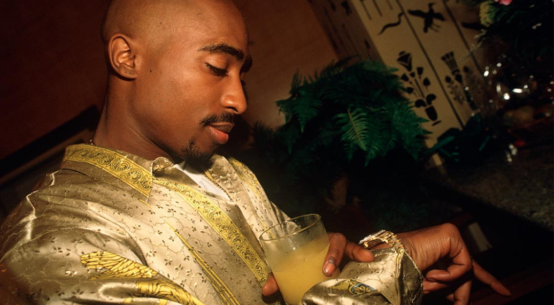 Tupac’s ‘All Eyez On Me’ Biopic Is Set To Release This Summer! 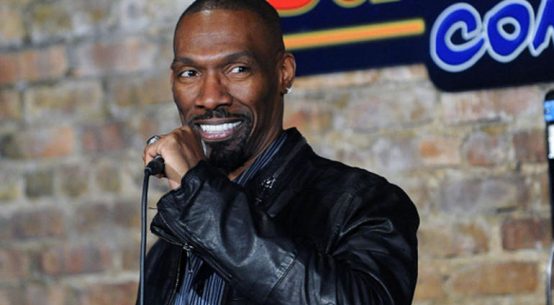