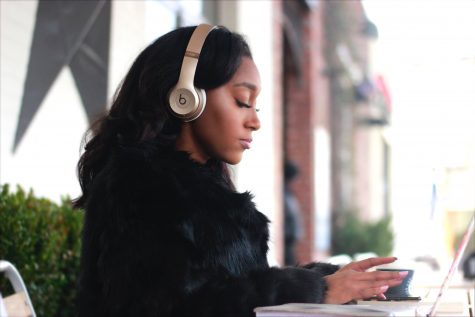 Atlanta is evolving into the hub for all things media and entertainment. With reality shows, the majority of Black Panther filmed in Atlanta at Tyler Perry Studios, and some of the hottest artists coming out of the city, it’s no surprise that Atlanta is being coined as “Black Hollywood.”

According to WSB-TV, global companies are choosing Atlanta as the headquarters for their filming production. This means as the city’s media and entertainment market continue to thrive so does opportunities for ambitious young professionals.

Nia Chantal Ballard, also known as the “Fearless Millennial” is taking full advantage of what “Black Hollywood” has to offer to the next generation of journalists in the market. Wanting to prosper in public relations, life after college took Ballard through the twist and turns when it comes to all aspects of journalism.

“Initially, when I graduated, I thought I would go straight into public relations. I love how the journalism program at Georgia State University is designed because it trains the students to be multifaceted in the journalism field,” Ballard said.

Ballard became a familiar face for Rolling Out as a content creator and has interviewed major names in entertainment such as comedian Marlon Wayans and Beyoncé’s dance captain, Ashley Everett.

“It was an awesome opportunity that presented itself, so I took it,” Ballard said.

Though the media and entertainment industry in Atlanta has its perks, the industry can have its pitfalls from always being on call, not having a set schedule, and even covering difficult stories. However, Ballard pushes to keep a motivating force in life for her passions.

“I want to leave my mark and true legacy in this world to where I have impacted people positively,” she said.

Ballard has had to learn to always be on her P’s and Q’s. The driven professional prepares for each story or event by researching.

“When I do a red carpet event I research the show or who I would possibly interview. When I did Netflix’s Naked, anyone was liable to show up, so a lot of the researching is right there on the red carpet,” Ballard said.

The media and entertainment industry is a spontaneous business. With live interviews that can happen anytime, learning to have access to what’s going on 24/7 is vital as a journalist.

Ballard has utilized technology always to stay one step ahead. She believes technology has allowed journalists and the public to have access to what’s going on in the world besides TV and radio.

“Technology allows people to fact check more which wasn’t always available when only television and radio were available. It’s given us access to see what’s going on in the world and doesn’t leave us in a bubble,” Ballard said.

Not only has technology impacted journalism and the media industry as a whole, but Atlanta is now becoming recognized for its influence. According to Ballard, Atlanta is pushing the culture when it comes to media and entertainment.

“The music, dialect, and clothing of what’s popping are all coming from Atlanta. However, there are not major entertainment outlets here. Most major movie premieres aren’t here either. Atlanta is a driving force in culture, music, and even politics,” Ballard said.

Ballard also mentions that the industry’s spotlight needs to be put more on the city like it is in New York City and L.A.

While Atlanta continues to thrive in the media and entertainment market, Ballard is making sure her name will be recognized in the evolving industry.

She launched her site, NiaChantal.com last January to showcase her growing portfolio and blog site. Using social media platforms such as Instagram for her brand, Ballard wants to use her platform to encourage aspiring journalists in entertainment to have faith.

“If you work hard and believe in God’s plan, you can accomplish your wildest dreams,” Ballard said.

As Ballard stated, Atlanta is pushing the culture of media and entertainment, and with hard work, opportunities become endless. 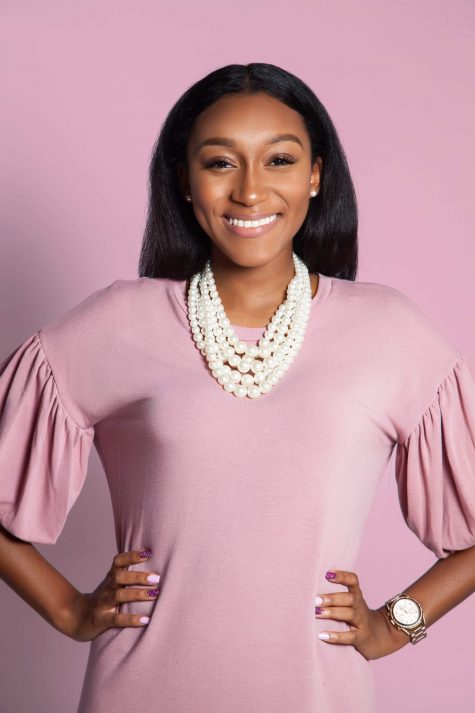 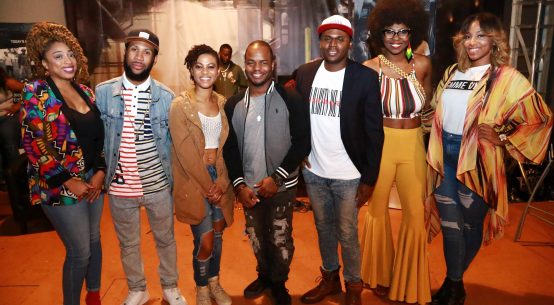 BACKSTAGE Panel: Behind The Entertainment Industry