Skip to content
You are here
Home > Featured > Nicki Minaj Review: Could Her Outbursts Be The Beginning of The End? 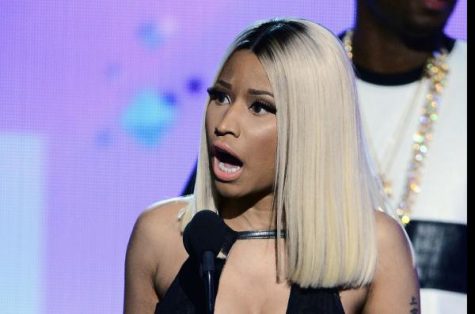 Nicki Minaj has undoubtedly reign supreme as the Queen of rap for the past decade.

However, it seems as though that she is falling to a great demise with her recent tirade on Twitter attacking Travis Scott, Kylie Jenner, baby Stormi Webster, and the list goes on.

Minaj even seems to have issues with fellow rapper, Cardi B, who she mentioned during an interview with radio host Ebro Darden.

With her recent acts, could her constant outbursts and beef be the beginning of the end?

Not let’s start with the facts, no other female rapper has surpassed Minaj in record sales for quite some time.

According to Billboard, her album Pink Friday debuted at #2 on the Billboard 200 chart selling 375,000 in its first week but eventually peaked at #1.

Minaj’s debut album became the second-highest sales week for a female rapper after Lauryn Hill’s The Miseducation of Lauryn Hill in 1988.

Pink Friday: Roman Reloaded earned Minaj the number one album on Billboard 200 debuting at the top with 253,000 copies sold, according to Nielsen SoundScan.

The Pinkprint came in at the #2 spot with 244,000 units in total, and her latest album Queen charted at #2 after Travis Scott’s Astroworld dominated the charts with the number one spot.

Despite all the success she has seen with her projects, for Minaj, the #2 spot for her Queen album seems to be ruffling her feathers.

Minaj went on a tirade on Twitter voicing her opinion on Scott selling merchandise with his album and him knowing that Queen was the #1 album.

I looked at the numbers the Carters, Kanye, Nas, etc recently did. Travis sold 200K in his first week of clothes alone. I spoke to him last night & he said he’s been selling clothes b4 the music. Billboard says they’ll change the rules cuz of this, so it should be changed now!

I put my blood sweat & tears in writing a dope album only for Travis Scott to have Kylie Jenner post a tour pass telling ppl to come see her & Stormi. lol. Im actually laughing. #Queen broke the record of being number 1 in 86 countries. Thank Jesus & thank you to my fans.

The “Did It On Em” rapper was upset that Scott topped the charts with Astroworld back to back. Not only was Minaj upset Scott sold merchandise with his album, but she was also salty about Jenner supporting her child’s father with a promotion.

Minaj expressed dislike about Billboard changing its standards by adding the merchandise bundles to the total album units sold. She also complained about Spotify promoting Drake’s Scorpion project more than her album.

After the whole tirade on Twitter, the Video Music Awards came around on Aug.20, and rumors swirled stating Scott moved his and Jenner’s seat from behind Minaj.

This became a big topic that night.

Minaj shocked the masses even further by calling Scott “Hoe n*gga of the week” on her Queen Radio show.

The beef with Jenner and Scott was utterly unnecessary especially since Minaj herself is also selling merchandise bundles to boost album sales.

Her rant on Twitter and attacks on Scott, Jenner, and their baby made her seem very bitter even if she is telling the truth regarding album sales and streaming services. However; her beef doesn’t start with Scott.

It seems as though, things haven’t been the same since Remy Ma dropped that “Shether” diss that had my Twitter timeline shutdown discussing the many jabs Remy Ma took at the rap star.

It also appears as though that Minaj has an issue with Cardi B, which many people thought were hashed out since pictures were taken of the rapper chatting it up with Cardi B at the 2018 Met Gala.

During an interview on Queen Radio, radio host Ebro asked Minaj did she have an issue with Cardi B.

Check out what she had to say below:

During the 2018 VMA’s, after winning Best New Artist Award, Cardi B addressed who some believe she was speaking directly to Minaj and Funkmaster Flex from Hot 97 radio station in New York for trying to knock her success.

This is the most Minaj has been in the blogs for constant drama, and It has people wondering what the hell is going on with the so-called “Queen” of rap?

1) Minaj could have lack of confidence, which isn’t a stretch ever since Remy Ma dropped that “Shether” diss. It looks as though Minaj hasn’t been the same since. She’s always bringing up her stats and sales on her social media accounts.

2)The New York native maybe threatened by newcomer rapper, Cardi B who is making significant noise in the music industry. Minaj hasn’t had any major competition since she’s been the game. However, ever since Cardi B stepped on the scene, comparisons have been made with the two even though it shouldn’t be. Cardi B receiving praise may have her pressed.

3) Minaj could be facing personal issues that the public doesn’t know about. Sometimes, people are dealing with troubles internally that the public can’t see and she may be lashing out.

4) The “Barbie Dreams” rapper could just be starting controversy for publicity gain and to keep sales pushing. As some say, all press is good press.

Minaj came in at #2 with Pink Friday, so I highly doubt she’s upset about Queen debuting at #2 over Scott’s Astroworld. I believe that the rap star is dealing with personal struggles and attacking those who don’t have anything to do with her album coming in at #2. I guess she has to blame someone besides herself because this era is not her best.

Minaj also made some jabs toward her ex Safaree, and I’m like ok sis, enough.

Whatever it may be, I pray that Minaj gets it together and fast. She is very talented and has reached so much success that some rappers could only dream of.

Minaj needs to take that energy and pour it into her next project because the rants, Queen Radio, and overall entitled attitude isn’t queen behavior at all. Like Charlamagne Tha God said, stop being a “sore winner.”

Pull it together girl. ASAP!

You’re better than this. 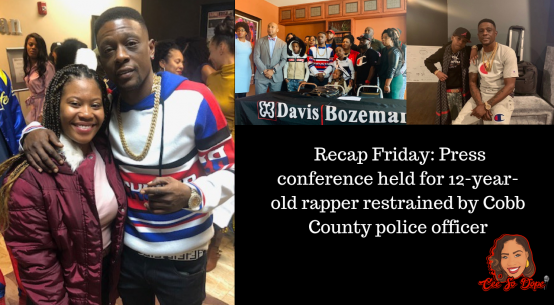 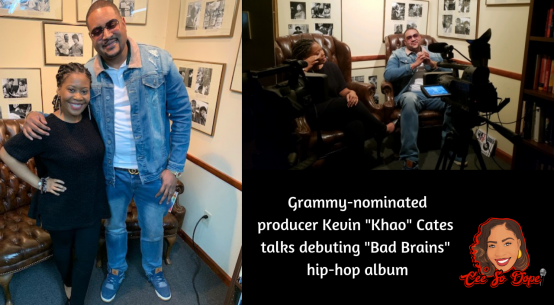