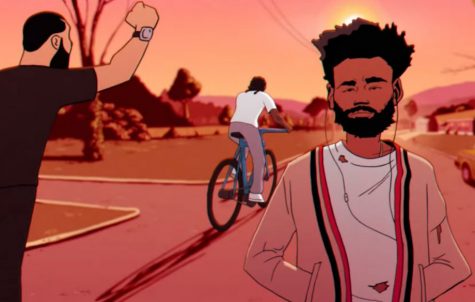 Even though summer is almost over, Gambino has me feeling like it’s going to be summer a lot longer. Gambino walks through a neighborhood while other rappers and artists are caught up in situations or seem to be enjoying the summer day.

There is a lot of symbolism in the video, but the two that stand out is Scott and Minaj playing with blocks and former First Lady Michelle Obama hugging a crying Kanye West while in a “Make America Great Again” hat.

Scott can be seen taking a block under from what appears to be an empire that Minaj built. This illustrates the feud between the two artists in which Minaj claims that Scott is the reason her Queen album didn’t go #1 due to him seeing merchandise with his latest project, Astroworld.

The tender and loving hug that Obama gives West could represent the fact that he needs a Black woman to save him from himself.

A man that once stated that “George Bush doesn’t care about Black people” during Hurricane Katrina is now advocating for someone like Donald Trump who clearly…I’m not going to go all the way there, but you get my drift. Some folks were feeling the Obama and West illustration and others not so much.

I find Gambino’s illustrations in the video compelling and well put together representing what’s happening in the music industry with some of Hollywood’s biggest celebs.

Check out the video below and what the Tweeps are tweeting on Twitter:

CHILDISH GAMBINO Should have had the GOAT Tory Lanez in the video … but .. all good .. the shit was still fye ????

childish gambino visuals are too fire ?

The Michelle Obama/Kanye West hug from the #FeelsLikeSummer video is nearly identical to her hug with George W Bush. @donaldglover is saying that Kanye, who once said “George Bush doesn’t care about black people”, has become the same person he once despised. pic.twitter.com/Ipp49GbmYf

I need someone to help me understand why black women are offended by Michelle Obama hugging Kanye West in Childish Gambino’s new video. I thought we all supported the sentiment that the only person that can hold down a black man is a black woman? ??

Kanye West and Michelle Obama (2:06) – another get out reference, Kanye wants acceptance from the obamas (obama called him a jackass). maybe that’s why Kanye support for Donald is so hardcore because of the feeling of acceptance pic.twitter.com/KvS9xVsddM

.@donaldglover you are out of touch with the role of a Black woman. We are not here to save Black men! Nor, or we here to save America from their worst instincts to elect #Trump – and stop putting #MichelleObama in the F*cking position of being the one to help Kanye West’s ass! https://t.co/rVPHWqyKua

Maybe it is @kanyewest’s mother, Dr. Donda West in the video and not Michelle Obama. He changed drastically when his mother passed. pic.twitter.com/bImP6EnsDW

y’all idk this could mean that michelle obama, a strong maternal figure, can help guide kanye west since i believe he hasn’t been the same since his mother passed away. i don’t think it’s related to that black women are needed to save black men stuff… pic.twitter.com/WlwA6T7YA6

Notice how he shows Kid Cudi being in a “Dark Place”(depression), right before Michelle Obama hugging Kanye West. It could be messaging forgiveness for him being attacked for his political views. Even though some might blame it on his mental health, Kanye is still amazing artist pic.twitter.com/BVqbsmfOZk

Michelle Obama gave Kanye West a hug in the new childish gambino video and that was the perfect shit to top the summer off..that whole video fye 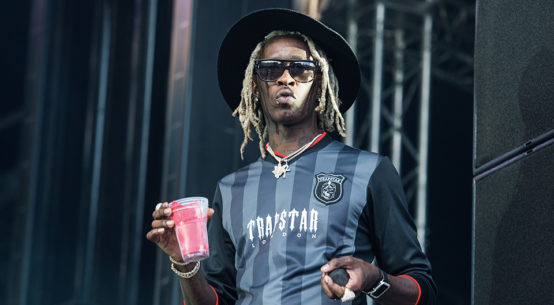 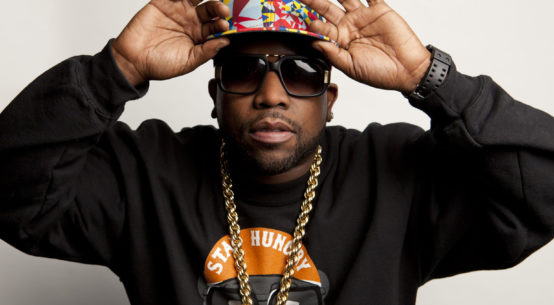