Skip to content
You are here
Home > Featured > Three-Decade Beef: Hip-Hop vs The Grammys 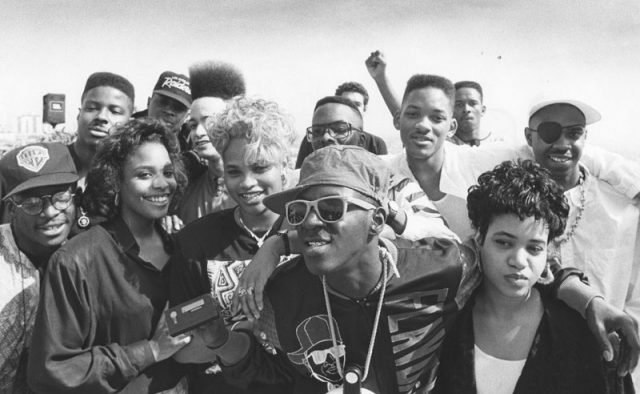 What’s good CeeSoDope readers? Did you guys enjoy the 61st Grammy Annual Awards on Sunday, February 10th? I sure did. With dope performances from Cardi B, the legendary Diana Ross, and a surprise appearance from my favorite First Lady, Michelle Obama, the biggest night in music was the talk of my Twitter timeline.

Despite J.Lo’s failed Motown tribute (side-eye,) this year’s Grammys allowed Black entertainers and my favorite music genre, hip-hop, to shine. However, that wasn’t always the case; Grammys and hip-hop have always had beef! Let me give you all a history lesson. Hip-hop’s issue with the Grammys stems from thirty-years ago when the Best Rap Song category was introduced.

The year of 1988 was monumental for hip-hop with the premiere of “Yo! MTV Raps” and platinum albums from legendary acts such as N.W.A.’s Straight Outta Compton, Run-DMC’s Tougher Than Leather, Public Enemy’s It Takes a Nation of Millions to Hold Us Back, Eric B. & Rakim’s Follow the Leader, and many more.
With the release of successful music, the National Academy of Recording Arts and Sciences (NARAS) announced the Best Rap Song category for the 31st Grammy Annual Awards in 1989.

For hip-hop to finally be recognized on a prominent level as the Grammys, it was a special moment for those immersed in the genre. However, an issue emerged at the beginning of ‘89 when Grammys revealed that the rap award wouldn’t be televised but would be given at an earlier ceremony. It was customary for 64 awards to be delivered before the 12 most prestigious awards that are presented live on air.

Jeff, was furious about the Grammys decision to not televise the Best Rap Song category.

In February of that year, Def Jam and Rush announced a Grammys boycott.

“It’s not just a threat,” Adler said in a press release. “If they’re not going to put us on, we’re not going to attend. We think rap is important to contemporary music and rock ‘n’ roll, and obviously, they disagree with us.”

Pierre Cossette, who was the Grammys producer at the time stated “arithmetic” as the issue.
“When you have 76 Grammy categories, and you only have time to put 12 on air, you’ve got 64 unhappy groups of people,” Cossette said.

J.J. Fad member Juanita Burns-Sperling went to the Grammys because she felt that it would have been the group’s only time to attend, but says she wishes she would have made a different choice.

“If I had known then what I know now, I definitely would have agreed to the boycott,” Burns-Sperling said. “We were so young. We didn’t know about politics or making a statement.”

A series of other events followed soon after including a press conference in L.A. with Smith, Jeff, Simmons, Lyor Cohen, Adler, Salt-N-Pepa, Kid ‘n Play, Slick Rick, Chuck D, and Flava Flav. Smith spoke out against the snub comparing it to not being allowed to walk at your graduation.

Jeff stated that the group wasn’t on some “Malcolm X shi*t” and that they were fighting for legitimacy.

“We didn’t even think about the impact (of the boycott). It was kind of like okay, you’re not doing it, Salt-N-Pepa’s not doing it, Kid ‘n Play is not doing it. Oh my god, they want to interview us,” he said. “We say we don’t think it’s fair…it goes all over the media…then the next year (the Recording Academy is) like hip-hop is too big for us to ignore. I am not going to sit here and act like that was the plan. It was ‘right is right, wrong is wrong.’ That was wrong, and we weren’t down with that.”

The following year in 1990, the Grammys aired the Best Rap Song category. The last time a rap album won Album of the Year was in 1999 with The Miseducation of Lauryn Hill, which is also categorized as an R&B album, so it doesn’t entirely count, and in 2004 when ATL natives Outkast won with their double album Speakerboxx/The Love Below. Years later, no other rap album has taken home the title of Album of the Year.

Suffering decades of the genre’s devotees being overlooked, real hip-hop would face future snubs (cough Macklemore beating Kendrick Lamar for Best Rap Album at the 56th Annual Grammy Awards). However, on the night of February 10th, I was pleasantly surprised to see hip-hop make a breakthrough once again live on television.

For starters, “This Is America” by Childish Gambino became the first rap song to win Record of the Year and also took home the title for Song of the Year as well as Best Rap/Sung Performance. “King’s Dead” by Kendrick Lamar, Jay Rock, Future and James Blake and “Bubblin” by Anderson.Paak. tied for Best Rap Performance.

Cardi B then took the stage performing her hit single “Money” with a Broadway flair.

This year, K-Dot, Drake, and Childish Gambino opted out of performing. However, Drizzy gave his thoughts on the Grammys that got the MC cut off while accepting Best Rap Song.

“We play in an opinion-based sport, not a factual-based sport. It is not the NBA… This is a business where sometimes it is up to a bunch of people that might not understand what a mixed-race kid from Canada has to say… or a brother from Houston right there, my brother Travis,” he said. “You’ve already won if you have people who are singing your songs word for word if you are a hero in your hometown. If there are people who have regular jobs which are coming out in the rain, in the snow, spending their hard-earned money to buy tickets to come to your shows, you don’t need this right here. I promise you, you already won.”

This year we witnessed major hip-hop wins. Hip-hop was recognized significantly despite a three-decade issue between the world’s most popular genre to date and the Grammys. 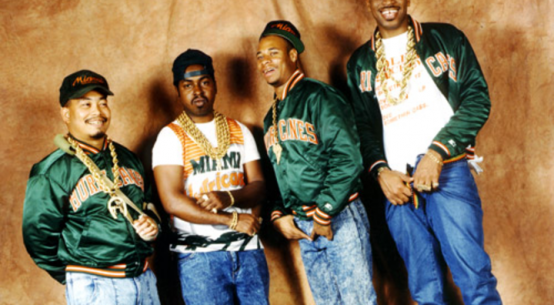 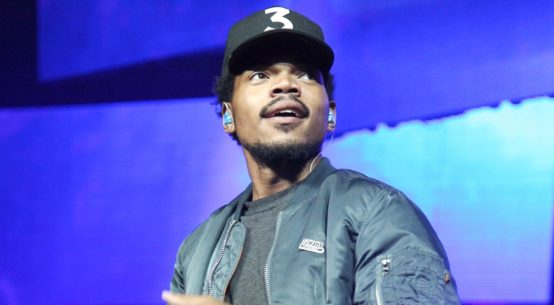 Chance The Rapper Announces New Board Position At DuSable Museum!