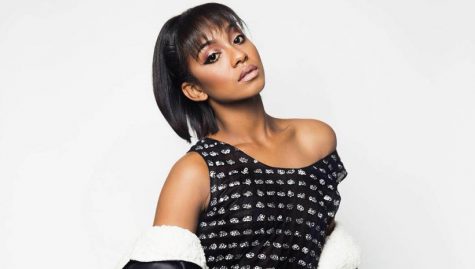 It’s been 27 years since Boomerang captivated audiences with its romantic storyline. The tale is of ad executive Marcus Graham played by Eddie Murphy, the incomparable comedian, and actor, who is indeed the ladies man. The drama classic has now turned into a BET series since it’s 1992 debut.

“Boomerang” follows the lives of Jacqueline Boyer’s son Bryson Boyer played by Tequan Richmond and Marcus and Angela Graham’s (Halle Berry) daughter, Simone, portrayed by Tetona Jackson. Jackson’s interest in entertainment began in dancing and figure skating when she was young and later into acting after performing as part of a high school musical in 2012.

Similar to her story of creating her own lane, Jackson’s character, Simone, pushes to step out of her parents’ shadows and make a name for herself. When asked how she prepares for a role, Jackson said she researches on who her character is and ask the whys as she reads the script.

“I was getting to know my backstory and who I am, why I am the way I am. I watched the movie a few times in a row to get more of a feel of who my parents were and where I came from,” Jackson said. “I figured what happened from when they walked off to where I am now.”

Jackson received the call from her manager concerning the role of Simone, and after reading the script, she fell in love with the character and storyline. For the young actress, Jackson knew the impact that Boomerang made on the Black community and was excited to continue its legacy with the series.

When the show first premiered on Tuesday, February 12 at 10 p.m., Jackson said the cast, which includes Richmond, Dreezy, Joey BadA$$, Paula Newsome, and more, live-tweeted from the BET headquarters in Los Angeles. While Jackson said the crew was ecstatic, she knew that some viewers would be skeptical because no one knew what to expect from “Boomerang.”

Executive produced by Berry and Lena Waithe, who are screenwriters and actresses, Jackson said she didn’t get a chance to work closely with Berry because she’s filming for John Wick: Chapter 3 – Parabellum. However, Jackson mentioned that Waithe was hands-on and would fly back and forth to Atlanta for shooting.

“Lena was on set with us, and even when she wasn’t, Ben, our showrunner, or one of our producers would film the scene from the monitor and send it over to her and she would send notes back from Los Angeles,” Jackson said. “If there were something we weren’t feeling, we would discuss it with her, but she was always very open and available to us, whether it was through text or a phone call or if we needed to vent,” Jackson added.

Jackson also stated that she didn’t get a chance to get any input from Murphy or Robin Givens, whose character is Jacqueline Boyer in the original movie, but she’s sure the cast “has their blessing.”

While Jackson hasn’t had much communication with the legendary cast of Boomerang, her professional relationship with Richmond, who plays Jackson’s best friend on the show, are close friends offset.

“Anytime we are all filming together, we instantly click. We also made it a point to go out and hang out together even when we weren’t on set to know each other more because having that chemistry off screen translates onto the screen,” Jackson said. “Tequan and I are also really lucky because we worked on a project before this. We were already friends going into it, so it helped with playing my best friend on the show.”

When asked what she wanted the impact for the show to be for those in the Black community, Jackson said she wanted people to see themselves.

“I want people to watch the show and be able to relate. We touch on authentic subjects and topics that are happening in today’s day and age, and I love the fact that it shows Black millennials in such a raw and real light,” Jackson said. “It shows us trying to figure our lives out and Black men going to therapy and being entrepreneurs. I want people to know that they are not alone in whatever they’re going through,” she added.

Be sure to catch episode seven of “Boomerang” at 10 p.m. on BET. 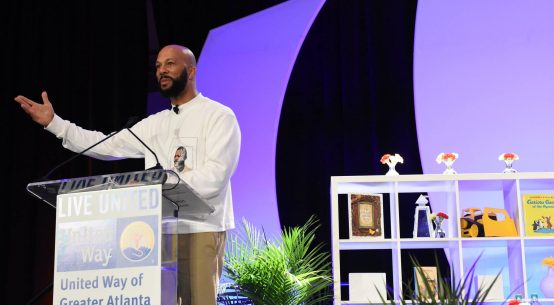 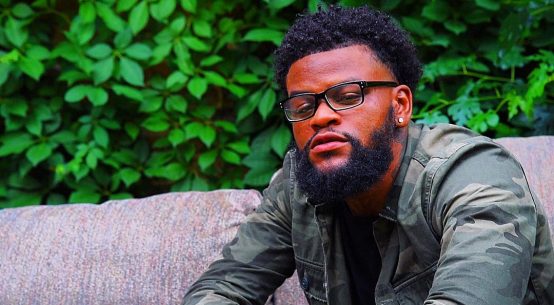 Rapper Jacoby X fights through depression with his love of music