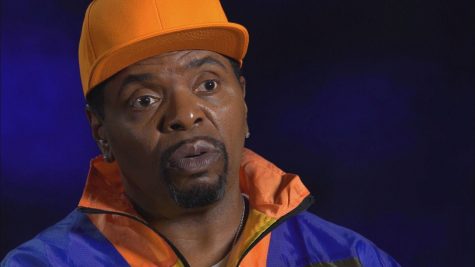 With musical acts such as Ready for the World, Boyz II Men, Jodeci, New Edition, Tevin Campbell, and Ginuwine, male R&B (rhythm and blues) singers dominated the 80s and 90s. Male R&B singers had women swooning and men wishing they could serenade the ladies. Glenn Jones were among the many who could make women’s hearts melt when he sang.

Jones started his musical journey at the age of five singing in church. Jones later joined a group called the Bib and Specials at the age of ten and toured with the group in his hometown of Jacksonville, Florida. By the age of twelve, he was traveling all across the country to places like California. Becoming familiar with the tour life pushed Jones to start a group at 14-years-old called the Modulations.

“My two oldest brothers, my manager Louise West, we went in the studio and recorded a couple of singles that we independently paid for and sold those at shows,” Jones said. Eventually, the singers went out to California once again while on tour and were introduced to James Cleveland, legendary gospel singer and composer through West.

“He was living it up in the Hollywood Hills, and we got there and got around the piano and started singing and he said, ‘I want to sign you.’ So a few days later I was at Ray Charles’ RPM Studio in Los Angeles recording my first gospel album titled Feel The Fire,” Jones said. “I wrote eight of the ten songs that were on the album and that was the start of it.”

Feel the Fire released in 1980 and Jones went on to get a solo record deal through RCA thanks to Cleveland. At the time, it was essential for artists to be signed if they wanted to reach the masses because labels had the infrastructure and machinery to break an artist with resources like first-rate producers, studios, and the money to market a record.

“It’s a different ball game because now everything is independent. A lot of times people will say ‘well, I haven’t heard a record from you in a long time,’ but most artists are forced to somehow come up with the financing for their projects,” Jones said. “Just having access to radio, you talk about Payola, but back in the day a lot of music made it on its merit because it was great,” Jones added.

In 1981, Jones went on to collaborate with acts such as Norman Connors on the record “Melancholy Fire.” “Norman Connors heard my gospel record. Norman was good friends with my manager, and he was looking for a new male vocalist, and I met him, and I sang for him,” Jones said. “The next thing I knew he had a song called ‘Melancholy Fire’ that ended up being the second single from his Take It To The Limit album. Once that record came out, I started going on the road touring with him.” At the time, people didn’t know that Jones put the background vocals on “Melancholy Fire.”

The Florida native would soon get his shot of being in the forefront. With the help of RCA, Jones released his first solo project Everybody Loves A Winner in 1983. The five-track album featuring the record “I Am Somebody” led the singer to the top 30 R&B singles. In 1984, he recorded his full-length album Finesse with his first successful single “Show Me” reaching number three on the R&B charts. That very same year he got a chance to work with the legendary Dionne Warwick after she heard “Show Me.”

“She and Burt Bacharach made a lot of hit records together over the years, and they hadn’t worked together for 11 years. So when they reunited, she wanted somebody to be featured on the record ‘Finder of Lost Loves,’ the theme song for the ABC television show.”

Despite hit records and legendary collaborations, Jones decided to leave RCA and take his talents to Jive Records in 1987. “RCA was good to me, but at the time I think that they didn’t know how to market me,” Jones said. “Jive structured a distribution deal with RCA BMG, and the CEO of Jive had been pursuing me for a while, so he made a deal for RCA to release me.”

After moving to Jive, Jones scored his biggest hit with “We’ve Only Just Begun (The Romance Is Not Over)” which reached number two on the Billboard R&B chart. The record was the leading single from his self-titled album Glenn Jones. Though seeing the success of his soulful music, Jive soon tried to push Jones into a pop direction. Deciding against the pop direction that was thrust upon him, Jones soon made the decision to leave and he ended up at Atlantic Records in 1992.

Jones then released his album Here I Go Again with the single “Here I Go Again” reaching number one on the R&B charts. Jones’ second single, “I’ve Been Searchin’ (Nobody Like You)” peaked at number eight on the charts. However, the music scene began to change with hip-hop becoming more dominated. By the mid-90s, Jones’ beaming success started to fade. A series of events including battling with diabetes and financial woes began to imperiled his life.

“I come from a family of nine; seven boys and two girls and diabetes was a serious concern in my family. I had gone to South Africa with Regina Belle and Joe Perry for a tribute to Luther Vandross, and I was sort of out of it,” Jones said. “When I got back, I found out the reason for that. But it’s like anything else; you have obstacles you have to persevere,” Jones added. “I’ve always had a foundation with the man upstairs, and he helped me make it through those times.”

Even though hip-hop has remained as the most popular genre and the list of mainstream male R&B singers dwindled, Jones still enjoys the collaboration of hip-hop and R&B. For the singer, in hip-hop, there is the sound of rhythm and blues, and there will always be a place for R&B.

Speaking on what the evolving music business has taught him, Jones said that he had to be dedicated and listen to his heart. For aspiring musicians, Jones noted that surrounding yourself with the right people can uplift you and also advised to learn to be professional. “You have to be knowledgeable about your business. Not just in music, but it’s business,” Jones said. Jones will get to tell his story on tonight’s episode of “Unsung” on TV One at 9 p.m.

“I want people to know that I have loved music from day one and I appreciate the opportunity to even be in the music business and to have done work with the people that I’ve worked with,” he added. 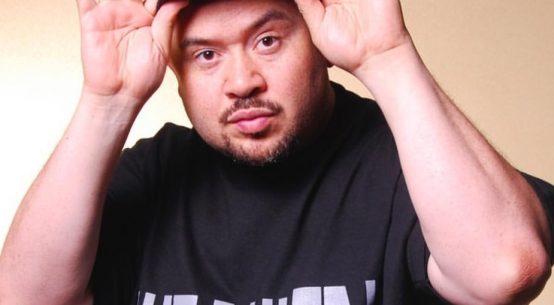 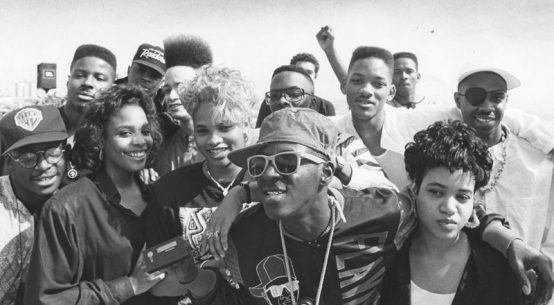