Skip to content
You are here
Home > Featured > Get to know the man behind the lyrics: J Alston 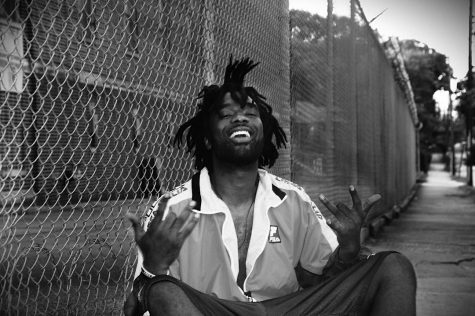 As the saying goes, “college isn’t for everyone.” For North Carolina native J Alston (born John Alston Williams) that proved to be true. Growing up, J Alston had a love for sports, but that love shifted to arts and music when he was in the sixth grade. After battle rapping throughout high school, J Alston sought higher education at the School of Art and Design studying photography and graphic design. He soon realized that he didn’t need school to become a creative, so J Alston dropped out, sold his car, and moved to Atlanta to chase his dreams. Two-hundred and fifty performances later, J Alston has gone on to open up for well-established artists such as T.I. and Lil Uzi Vert. In an exclusive interview with CeeSoDope, J Alston talks about his musical journey, why he moved to Atlanta, his EPs Donna’s Son and Manifest, plus more.

1) Tell me about your musical journey?

When it comes to music, I grew up in two different environments at the same time. My role models were people in the church, and the other side was people who were drug dealers. So I listened to Kirk Franklin, Juanita Bynum, Marvin Sapp and then Big, and Pac. I always played ball, but I still was pretty good with words. I had a homie when I was in the sixth grade, and he was like, “oh, let’s go write raps.” Then in high school, maybe like junior year, I started battling.

When I got to college, I got to play basketball for maybe like three months, and then I got hurt. I couldn’t play anymore and started failing all my classes. I ended up hanging out with a guy who made music, and he was like, “why don’t you record something?” So I recorded something with him, and he’s like, “Yo this all right.” From then on, I knew I wasn’t going to be in college or playing basketball no more. I was about to try to make this music.

2) What made you want to move to Atlanta?

When I stopped going to school, I ended up back home, and my mama was telling me, “you gotta get a job.” I’m like, “mom I don’t know where to work,” and then she said, “your cousin is a manager at McDonald’s,” and I was like, “no, I’m trying to make this music.”

I told her that, and she left out and came back with the McDonald’s application. I called my aunt as soon as she left and I lied to my aunt about a guaranteed job in Atlanta. I sold my car, got like $1,100 back and moved down here. My aunt hooked up something with my cousin to let me stay with him. They thought I had a job, but I went to the underground and took pictures of people, selling them their pictures and getting the money that I had to pay him. Once I moved out here, I told myself I couldn’t go back.

3) How did you open up for multi-platinum artists such as T.I. and Lil Uzi Vert?

Believe it or not, almost every gig I’ve ever had started at The Brown Hayes Department Store. It’s one of those culture music staples, and it felt like the Apollo for Atlanta underground hip-hop. Right now, you go there, you pay your bread (money), and you perform, but it’s a guaranteed crowd because that area always has traction. There were times you could go in and see Missy Elliot, Pastor Troy or Ludacris. It’s one of those places if you do enough, something could happen from it.

4) Who are some of your musical influences?

Jay-Z, Juvenile, and early Lupe Fiasco are my musical influences. Juvenile as a kid to me sounded like a deacon. Jay-Z made me notice bars and Lupe made me notice subtleties. I think those people were the three that I got the most from.

5) Your EP Donna’s Son was released in 2017. Where did you draw inspiration from for this project?

Struggle. You grow through it, and it’s crazy because a lot of times I feel like the best music comes out when you’re going through something. It’s almost to the point that I get this twisted sick excitement in the middle of it where I will be like, “damn, I’m about to make some good music.” I think one of my biggest things with my music is that I want to remain me. So even naming the project Donna’s Son was me. If you don’t know anything else, I’m Donna’s son at the core, that’s where I started.

6) What are your thoughts on the hip-hop scene in Atlanta?

I think it’s a lot easier to get your music out. However, I think the way we put music out now, the music is saturated. You turn on the radio is going to be the same stuff played. I don’t think it’s bad, but I think you hear it too much.

7) If you could describe your music in one word, how would you describe it?

Honesty. I think that’s the biggest thing for me. No matter what genre, what language, I think you can always feel somebody’s honesty through their music.

8) What new projects are you working on?

So I just dropped an EP on March 22nd titled Manifest. I worked with a producer named Sirpreme. He’s over in Australia. He flew over here, and we vibed so much that he sent me about 15 beats and so I recorded to those. After we did that, we put out this project called Manifest. I’m going over to Australia in May cause we want to do a tour over there and some press runs. I’m making sure that we’re not only thinking nationwide but understanding that there are markets that are untapped; other places where they love us because of our culture. 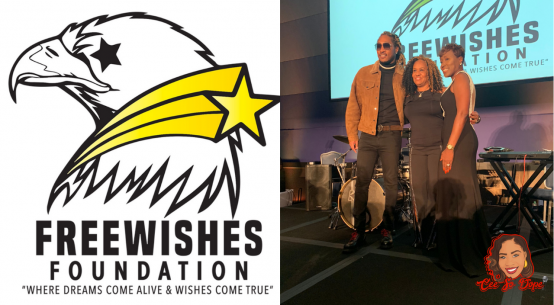 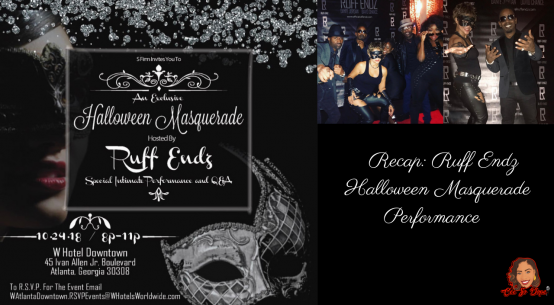