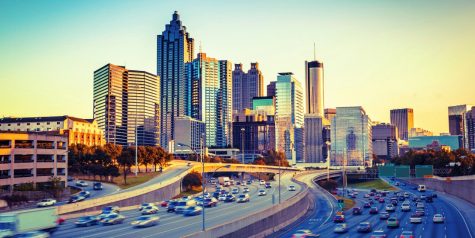 June may be dedicated to Black Music Month, but your love for great tunes don’t have to stop there; music festivals will be taking place all through the summer and fall. Whether you’re a hip-hop, R&B, or pop lover; these are six music festivals that are a must to attend for your music fix. Check them out below:

The infamous 90s festival that pushed the A on the map culturally and musically is making a comeback. On June 22, 2019, Freaknik and Streetz 9.45 radio station will kick off with a community service event at 9 a.m. – 12 p.m. Along with complimentary food (with RSVP), there will be a live DJ to jam to, Freaknik ticket giveaways, and more. At 1 p.m., the official Freaknik concert will take place at Cellairis Amphitheatre at Lakewood located at 2002 Lakewood Way SW, Atlanta, GA. There will be live performances from legendary hip-hop acts such as Juvenile, Uncle Luke, Trina, Foxy Brown, Bun B, Kilo Ali, Pastor Troy, and more. Following the concert, Freaknik will host an official after-party with Hot 107.9 at Mansion Elan 3595 Clairmont Rd, Atlanta, GA 30319! Everyone will be free until 1 a.m. with RSVP and their Freaknik ticket. Head to Freaknikfest.com for more information on more events and to RSVP.

The 10th anniversary of One Music Fest will return to Black Hollywood on September 7-8. One Music Fest has expanded over the years thanks to the founder Jason “J” Carter and the OMF team. The festivities this year will take place at Centennial Olympic Park instead of at its 2018 location in Central Park. OMF 2019 will bring out more MC’s and soulful singers to rock the mic. Last year, the lineup included Nas, 2 Chainz, T.I., Miguel, and more. This year’s list will consist of the likes of Gucci Mane, Rick Ross, Wu-Tang Clan, DMX, and more. Tickets can be bought via OneMusicFest.com.

A3C has one of the essential music, tech, and culture festivals and conferences taking place right here in Atlanta. Engaging and inspiring artists, entrepreneurs, and creatives, A3C was founded in 2005 by Brian Knott and Kevin Elphick. The dynamic duo has brought hip-hop lovers from all coasts together for unforgettable concerts and experiences to celebrate the greats in hip-hop, a chance to network, and to listen to those that continue to influence the culture. This year’s A3C will take place from Tuesday, October 8 to Sunday, October 13. The Atlanta Convention Center at AmericasMart (235 Williams Street, NW) will be the host location for the A3C Conference which includes conversations, panels, mixers, and more. Past speakers include Angela Rye, Bryan-Michael Cox, De La Soul, and many others. The A3C concert features three stages with performances, food trucks, pop up shops, and more. The show will be held at 55 M.L.K. Jr Dr. SW, Atlanta, GA at the Georgia Railroad Freight Depot. Previous concert performers include Wu-Tang Clan, Bone Thugs, Lil Wayne, Big K.R.I.T., J.Cole, and many more legendary MC’s. Check out A3Cfestival.com.

Music Midtown founded by Peter Conlon and his former business partner Alex Cooley ran from 1994 to 2005. The festival had a hiatus in 2006 after a decline in attendance and rising expenses. Music Midtown returned in 2011 and this year will mark another year of dope acts. The festivities will take place Saturday, September 14 and Sunday, September 15 at Piedmont Park. Past performances include acts such as G-Eazy, Big Boi, and more. This year’s headliners include Cardi B, Travis Scott, Vampire Weekend, and something for everybody to listen to. Music Midtown is a rain or shine event, so be sure to come prepared for any weather. Head to MusicMidtown.com for details on more performances, about the event, and ticket prices.

The Afropunk Festival combines the African spirit and heritage with the rebel, rawness, and open curiosity of punk. Founded in 2005 by James Spooner and Matthew Morgan, Afropunk started as an underground urban indie-rock/punk/hardcore scene inspired by a documentary titled Afro-Punk. The festival has grown into a live-performance series highlighting “the other black experience,” according to co-organizer Jocelyn Cooper. This year’s Afropunk festival will take place October 12 – October 13 at 787 Windsor St SW Atlanta, GA 30315. The festival will include panel conversations, band contests, markets, and live performances. Past performances include Erykah Badu, Janelle Monáe, Tyler the Creator, Miguel, Twin Shadow, Jamila Woods, Jaden Smith, Willow Smith, and more. The 2019 lineup will feature Sir, Earthgang, Lucky Daye, Cautious Clay, and many more. Head to Afropunk.com for more information and tickets.

The late Notorious B.I.G.’s right-hand man, Sean “Diddy” Combs is one of the most well-respected media and hip-hop moguls since the MC’s passing in 1997.  With many business and music endeavors, the Bad Boy partnering with AT&T is gearing up for a Revolt TV Hip Hop Summit, a multi-city and multi-day cultural event to take place in Atlanta early fall. The summit will also be presented in Los Angeles, California later on that season.

According to the event’s site page, tickets have yet to be announced, but the summit’s mission is to educate urban youths and to help them feel empowered and capable of creating positive changes in their lives and communities. Not only will the summit include educational programming, but there will also be live performances as well.

“Now more than ever, we need to own our culture. At the REVOLT Hip Hop Summit, we will empower young people with sessions on the issues they care about,” he said. “From entrepreneurship and economic empowerment to social justice, we’ll have the provocative conversations not happening anywhere else. With the support of AT&T, we will provide perspective on music and media that could only come from industry veterans committed to our future.” Be sure to check Revolthiphopsummit.com for more updates on the summit. 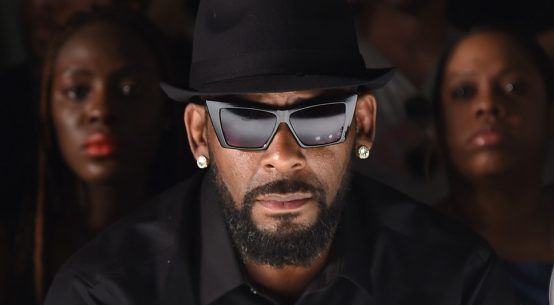 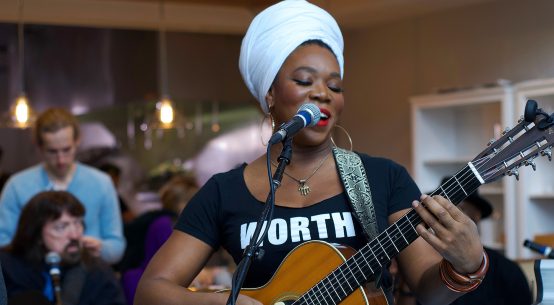 India.Arie returns to the music scene with ‘Worthy’ album