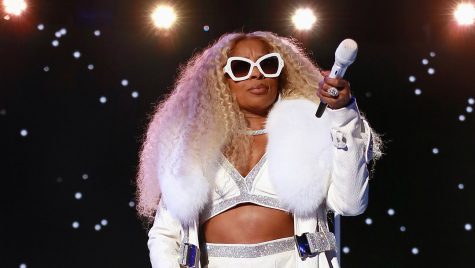 Aired live from the Microsoft Theater in Los Angeles, California, the 19th annual BET Awards graced television screens on June 23, 2019. The BET Awards brought another year of unforgettable performances, heartfelt tributes, and Black Twitter together once again. Each year in June is a moment for CeeSoDope readers to check out my top six moments of the BET Awards, and this year is no exception. From Cardi B opening up the show, Da Baby paying homage to Suge Knight, and more moments that were all worth mentioning, I narrowed down my favorite moments from the show. Check it out below:

Who doesn’t love Auntie Mary? Mary J. Blige rightfully so received the Lifetime Achievement Award presented by Rihanna. Thanking Rihanna for presenting her with the award, Mary gave an eloquent speech that demonstrated graciousness and humility on how she was able to have a long lasting career as an entertainer.

“People always ask, how do I sustain and stay relevant in this industry? It’s because although I am a leader, a queen, and a living legend, I’m a servant as well and I’m here to serve. Being a servant is not always glamorous or popular, but it’s the job and the assignment that I was given. It’s because, in order to be an authority, I had to learn how to come under authority, because when the glory is placed on me, I give it back to God immediately. This journey has always been bigger than me, and my mission is not only just to survive right now, it’s to thrive and continue to make history while I do it.”

With thirty years in the game, Mary still doesn’t miss a beat when it comes to her onstage presence. She tore up the stage for nearly 20 minutes performing a medley of hits such as “Real Love,” “My Life,” and “No More Drama” while looking godly in an all-white ensemble. Another queen, legendary MC Lil Kim, graced the stage with her to sing their duet “I Can Love You,” followed by Method Man with “You’re All I Need.”

Ok, I’m honest. I haven’t heard of Lizzo until the night of the BET Awards, but I must say sis did not come to play. I haven’t seen a plus size woman bring the house down at the BET Awards like that since Monique’s iconic rendition of Beyoncé’s “Crazy In Love” in 2004. Back to Lizzo; the songstress dazzled as tastefully as the icing on a wedding cake for her performance of “Truth Hurts.” She rocked a veil and a white lace bodysuit covered by a tulle skirt. Nominated for Best New Artist, she ripped off her skirt and whipped out a flute during her performance. Can we say real talent? Lizzo received massive support from Black Twitter and applause from Ri Ri in the audience.

Lil Nas X has been winning lately with his hit single “Old Town Road,” which combines the sound of country and trap music. While the MC has received a lot of flack from some country music lovers, it doesn’t negate the fact that the song continues to heat the charts and airwaves. Lil Nas X was able to perform the record at the BET Awards bringing his cowboy flair in a yellow and black cowboy get up. Billy Ray Cyrus joined the rising star on stage and, as you can guess, the crowd enthusiastically sang along to the #1 song on Billboard’s Hot 100.

An icon indeed, Tyler Perry received the Ultimate Icon Award presented by Taraji P. Henson and delivered a powerful speech on how he creates seats for Black people in film and television. “When I started hiring Taraji, Viola Davis, and Idris Elba, they couldn’t get jobs in this town, but God blessed me to be in a position to be able to hire them,” Perry said. Perry also discussed the history of the land he purchased for his studios, now named after him, saying, “There were Confederate soldiers on that base, plotting and planning on how to keep 3.9 million negroes enslaved. Now, that land is owned by one negro,” he added. Perry continuously creates opportunities for Black people to be at the forefront and rightfully gain the experience, reap monetary benefits, and notoriety they deserve. Much respect.

5) We see you: The “Exonerated 5” make an appearance

If you haven’t read my piece on the “Exonerated 5” (formerly known as the Central Park 5) go check it out for more background details on the case. During the show, Raymond Santana Jr., Yusef Salaam, Antron McCray, Korey Wise, and Kevin Richardson received a standing ovation. In 1989, the men were just teenagers when they were wrongfully accused and convicted for the rape and assault of a woman jogging in Central Park located in NYC. Their stories of trials to triumphs were illustrated in “When They See Us,” a series on Netflix directed by Ava DuVernay. The audience clapped, threw Black Power fists up and cheered for their men who are finally free, heard, and seen.

6) The marathon continues: A tribute to Nipsey Hussle

It’s hard to believe that Nipsey Hussle is no longer here in physical form. However, as the MC once said: “The marathon continues.”A rose that grew from concrete and transcended into another sphere, Nipsey was posthumously honored with the Humanitarian Award at Sunday’s show. His widow, actress Lauren London, their son Kross, Nipsey’s grandmother, father, and mother accepted the honor on his behalf. They all then spoke about the legacy of Nipsey. Dj Khaled, Meek Mill, and Jeremih remembered the L.A. native with performances of “Weather the Storm” and “You Stay.” Rest up, Nip. 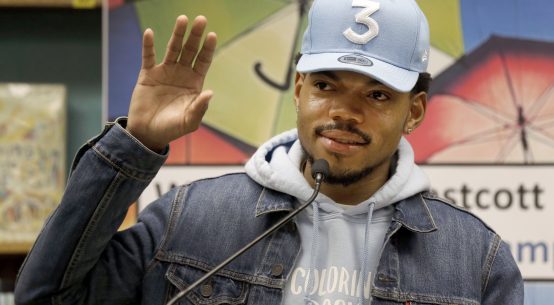 Chance The Rapper Does Great Deed By Donating To Chicago Public Schools! 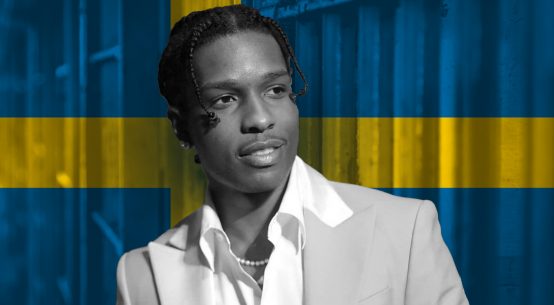