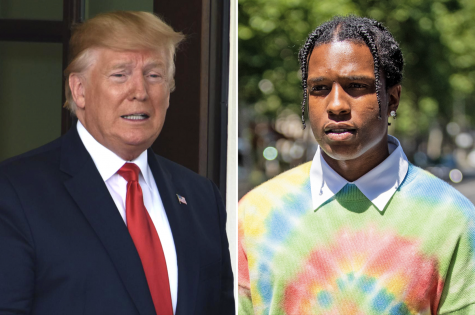 On Friday, July 26, President Donald Trump angrily attempted to get Prime Minister Stefan Löfven of Sweden to intervene in the assault case of rapper A$AP Rocky. Trump, who spoke with Löfven last week about the incident, doubled down angrily via Twitter following the report that the rapper has been charged with assault and will face trial next week.

“Very disappointed in Prime Minister Stefan Löfven for being unable to act,” he tweeted. “Sweden has let our African American Community down in the United States. I watched the tapes of A$AP Rocky, and he was being followed and harassed by troublemakers. Treat Americans fairly! #FreeRocky.” “Give A$AP Rocky his FREEDOM. We do so much for Sweden, but it doesn’t seem to work the other way around. Sweden should focus on its real crime problem! #FreeRocky,” he added.

A spokesman for the government gave a statement to Reuters which rejected Trump’s request. “Sweden and Prime Minister Stefan Löfven have been very clear in the dialogue with both the White House and directly with the American president, that in Sweden everyone is equal before the law and that the government cannot interfere in legal proceedings,” the statement said.

A$AP Rocky (born Rakim Mayers) was jailed three weeks ago while law enforcement investigated an altercation between two men in Stockholm. Two of the rapper’s companions also face charges with assault. Prosecutors allege that A$AP Rocky and two companions “deliberately, together and in agreement” pushed a man to the ground, kicked him, and hit him with a bottle. Five-hundred pages of documents include photos of the alleged victim’s wounds from the attack along with blood-stained clothes.

The lawyer for the alleged victim, Magnus Stromberg charged that the dispute began when one of A$AP Rocky’s bodyguards “grabbed him by the neck and dragged him away.” Stromberg said his client, Mustafa Jafari, did not provoke the assault, and “this situation has been very stressful for him.” “There was no reason, none whatsoever, for the use of such violence,” he added. If convicted of assault, the MC faces up to two years in jail. However, A$AP Rocky maintains his innocence and argues that provocation led to the incident. Video evidence of the altercation published on social media shows a man being violently thrown onto the ground by the MC.