Skip to content
You are here
Home > Featured > Atlanta music mogul B.Rich dishes on his journey to success, working with famous artists 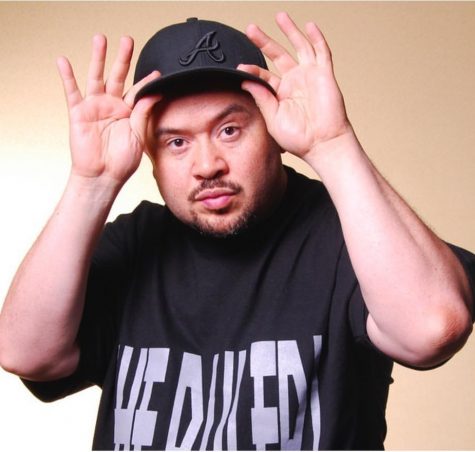 P.Diddy and Jay-Z may come to one’s mind when they think of a music mogul, but New York isn’t the only state birthing tycoons. Brian Richardson, better known as B.Rich, helps catapult music careers and has landed himself endorsement deals with brands such as Adidas and Coke. The Atlanta native has worked with B.o.B, T.I., Boosie Badazz, Travis Scott, Iggy Azalea and more. As ATL continues to emerge with the latest talent, B.Rich has managed to evolve with the industry. The mogul continuously searches for the next hottest act and helps musicians shape their sound for a long-lasting career. From transitioning from working in pharmaceutical sales to the music industry, B.Rich dishes on working with his first major artist, B.o.B, selling more than 15 million records, working as an A&R with T.I.’s Grand Hustle Imprint, advice on how to have a career in music, and more.

1) How did you transition from pharmaceutical sales to the music industry?

The transition from pharmaceutical sales rep to the music began with B.o.B. My mom, and his mom was very close. He was doing bad in school, and I was the only one in my family to graduate from college and do well in the business world, so they [my mom and his mom] wanted me to be a mentor to him.

One time in school, they had a ride-along with a professional. I had a chance to talk to him, and I was like, “what do you like to do?” He said, “I like to rap.” When I was a pharmaceutical rep, I would do tailgates at the Falcons game at the Georgia Dome and was doing an open mic with somebody from the tailgate. I said look, man, “you do good in school, I can get you to perform down here,” and that’s how everything started.

2) In what ways has the music industry changed since your start 15 years ago?

I started in 2004, and it’s changed due to social media. You gain a lot of momentum, and fans soon. Why not rap? Before social media, true talent is what was being pushed. You had to pull a lot of money to get artists to the masses. Now, it’s so easy with social media, all you have to do is swipe up or tell somebody to go to a link, and you can pop off. I think record labels have gotten lazy and have depended on not putting a lot of money into the research and development. They can get the people that are popping on Instagram, get them a song, and BAM.

3) Is there anything you wish would change about the music game as it pertains to social media?

I hate Facebook and Instagram. They use artists to get all these people to come to their platforms. They have millions and millions of followers. I hate the fact that they limit their reach. Let’s say you’ve taken the time to grow your Instagram as an artist, and you have like 700,000 followers; then you post something and only reach 10,000 people. I think that’s unfair because you [the artist] have helped build that platform to have people sign up. They put limitations on the people that help make them millions of dollars, and now you need to advertise and buy advertisements to make your posts reach more. I hate that. Especially Facebook, T.I. has 20 million followers, and his post will only reach 100,000.

4) What was it like working as an A&R for T.I.’s Grand Hustle Imprint? What did you learn while in this position?

When B.o.B was starting, T.I. and Doug Peterson from Grand Hustle was interested in signing him at that time. They liked how I developed B.o.B’s ear and his sound. We had some massive hits, and so I got three placements on Paper Trail, and that was one of Tip’s best albums. I just had the right ear for music, beats, talent, producers, and writers.

The biggest thing I learned is if somebody doesn’t like something you can’t make them like it. I use to force a lot of things that I like with some hits. The song “Right Round” that Flo Rida did, we had the opportunity at that song first, and B.o.B didn’t want to do it. I had to understand that some artists don’t want to compromise who they are.

5)Describe the process of working with T.I. On his Trouble Man: Heavy is the Head album?

It was just bringing him beats and ideas. It’s a natural man. Working with artists like Tip, it’s not hard.

6) How were you able to work with and sign acts such as Iggy Azalea and Travis Scott? What did you do for them?

We all had a meeting at my house, me, DJ AML, Kay K, Doug, and we were talking about new artists to sign. AML brought up Travis Scott. I remember we met Travis at South by Southwest, and he was sleeping on floors in hotels, and he was hungry. He was just a musical genius. I forgot who brought up Iggy Azalea. We identified those two, and we went on Twitter, and we D.M.’d them. I was a big part of signing Travis Scott and Iggy Azalea to Tip and bringing them to Grand Hustle.

7) What advice would you give someone wanting to work in the music industry?

It is forever evolving. Stay open to learning; don’t get stuck in your ways. You gotta adapt and don’t take anything for granted. I remember I went to the Grammys in 2010 and 2011 and I didn’t get a chance to enjoy my moment. B.o.B was nominated for like five Grammys, and I didn’t enjoy the moment because I was so pressed about winning instead of just enjoying that moment.

8) Do you recommend artists to be independent or signing a record deal?

You gotta do what’s best for you. Sometimes it’s really good to go to a major label if you want all the money you can get to get your movement going, and get the word out. For independent, you can keep more of the pie. It all depends on your situation, and what your movement is, it varies.

9) What is the overall goal of your label No Genre?

The overall goal is to win. I want to find great artists and change the music industry, change society with great music, building executives, junior executives, and helping everybody make money. I like what P is doing at Q.C. [Quality Control], love what Diddy’s done, in love with what Russell Simmons has done. So I’m just following their path. 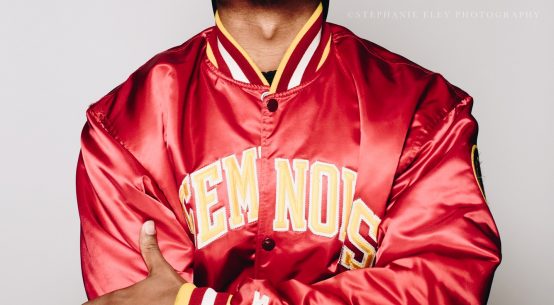 A New Star On The Rise: Marcylis Cunningham

‘All Eyez On Me’ Movie Review!