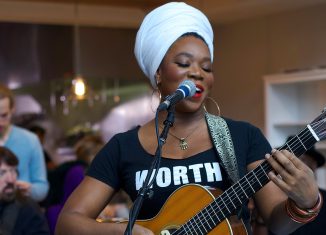 Photo: Visitseattle.org   Grammy award-winning singer and songwriter India.Arie swooned the masses when she released her debut album Acoustic Soul in 2001. Her debut led to seven Grammy nominations including Record of the Year, Song of the Year for her single "Video," Album of the Year, and Best New Artist. Signed to