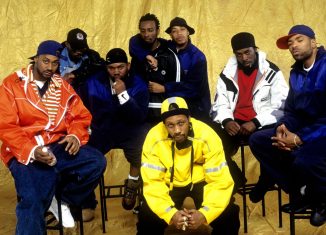 Photo: Spin   Wu-Tang Clan is legendary in the hip-hop game, but also on their stomping grounds of New York City. Due to their exceptional resume in the music industry, Staten Island also known as Shaolin named a district after the group. Last December, Lawmakers approved a unanimous vote to approve the Wu-Tang Clan