THIS IS LADIES NIGHT!

The 2016 VH1 Hip-Hop Honors honored the legendary ladies of hip-hop. From Queen Latifah, Missy Elliott, Salt-N-Pepa, and Lil Kim, it was evident on Monday night that it was ladies night. VH1 Hip-Hop Honors debuted in 2004 honoring rappers who have made their mark in hip-hop. Usually, the show has been dominated by males. However, on this particular night things switched up. Eve said it best “Women been hip-hop, women are hip-hop, and women will always be hip-hop.” Queen Latifah goes on to add “There’s no way that I can allow us to be erased from the history of hip-hop.” 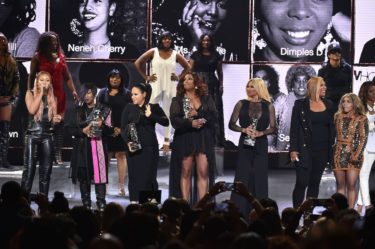 Being the queen she is, Queen Latifah took over her honorary tribute. She acknowledged her Oscar-nominated performance in the film Chicago by performing “When You’re Good To Mama.” The film was released in 2002. She then performed a medley of songs which included “Come Into My House” and “Had It Up 2 Here” with Rah Digga, The Lady of Rage, Da Brat, and Yo-Yo. The tribute ended with “Ladies First.” At the end of the night, Latifah came back on stage with another hit “U.N.I.T.Y.” The song’s message can be found in the title. Latifah made the closing of the show much more special by bringing out Monie Love, MC Lyte, DJ Spinderella, Da Brat, and many more during the performance of “U.N.I.T.Y.” 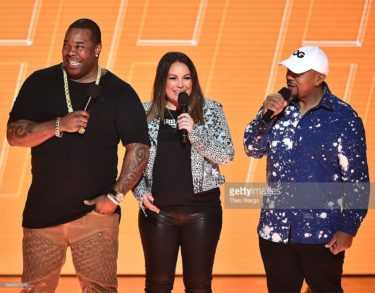 The Missy Elliott Tribute gave props to the MC not only as a rapper but a songwriter and producer to some of Hollywood’s biggest stars.An introduction was provided by Busta Rhymes, Timbaland, and Angie Martinez. Busta took it upon himself to give major props to Missy’s writing skills. “At a time when there’s a whole lot of ghostwriting in question, can we please give it up for Missy Elliott? ” said Busta. Following the introduction, Remy Ma, Nelly Furtado, Eve, and Trina performed a few of Missy’s greatest hits. Remy Ma kicked off the tribute with “Work It” after that Nelly Furtado turned things up with “Get Ur Freak On.” Eve did the damn thing with her verse on “Hot Boyz” and Trina snatched wigs with “One Minute Man.” However, the celebration for Missy wasn’t over. Fantasia performed a rendition of “Free Yourself.” Then Monica performed “So Gone.” Tweet finished the tribute with the hit “Oops (Oh My).” 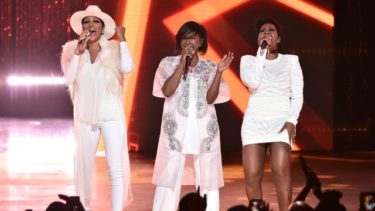 The original Queen B was honored with a tribute from my generation female MC’s. Dej Loaf, Lil Mama, and Teyana Taylor graced the stage with colorful wigs and costumes that yelled 90s Lil Kim. The trio did Kim’s legendary hits justice when they performed “Crush On You”, “No Time”, and “All About The Benjamins” which hold some of the coldest bars said by a female rapper. Lil Kim even popped up and put on one hell of a show for the crowd.

The tribute to Queen B was topped when P.Diddy presented an award to the New York native. Diddy, Puffy, Mr. Combs whatever you wish to call him questioned as to why it took so damn long to honor the Queen B. Diddy went on to talk about the Bad Boy Family Reunion Tour and gave Lil Kim a few compliments. “She’s a diva at times, she’s high maintenance with me at times, but at the end of the day she demands the ultimate respect.” Diddy then led the crowd in a rendition of “Happy Birthday.” 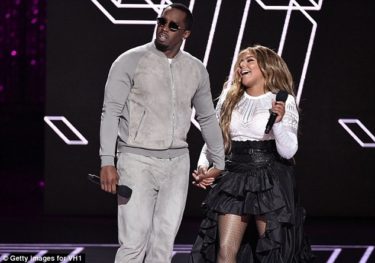 Last but not least.

How can anyone forget Salt-N-Papa? The duo that had everyone one singing “Ah, push it.” Eve rapped “Shoop” one of the many hits of the group. Ashanti displayed her powerhouse vocals on “Whatta Man,” and Dreezy and Keke tag-teamed on the song that people will never forget “Push It.” 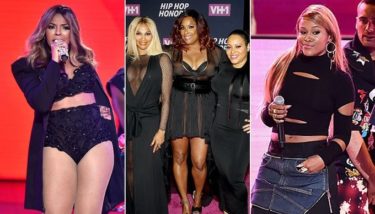 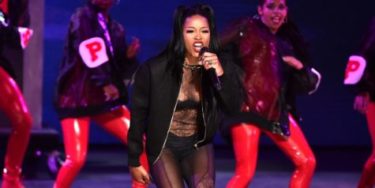 What are your thoughts on the tributes performed at the VH1 Hip-Hop Honors?

Migos ‘Culture’ Album Battling For The Number One Spot On The Billboard’s 200 Albums Chart!