Landstrip Chip is a rapper from Atlanta, Georgia who continues to keep his name buzzing in the streets with his music. Chip has just released his new single “Flat Shoals” and album Cruise Control that is now available on Itunes, Spotify, Pandora, Google Play, Amazon, & Tidal. Before becoming a solo artist, Landstrip Chip was with a group called Rebel Gang. He has been rapping as a solo artist since 2014-2015. He has worked with many different producers and musicians such as Sonny Digital and Keri Hilson. Recently, I was invited to his listening party at Zac Recording Studio. I met Landstrip Chip at the door, and I sat on the couch when we finally walked into the studio, and he sat in front of some studio equipment and pulled out his laptop. He then began to play some music that wasn’t on the Cruise Control album. A couple of songs in, more people came into the studio. Everybody just vibed out smoking, talking, texting, on social media, and handling business all at the same time. Chip then decided to play his album all the way through while photographers recorded videos and took photos. I listened to each song on the album. I also observed Chip in the studio. He’s very focus while working. Whether it was putting tapes together or answering important messages, Chip’s demeanor was solemn. He concentrated on each task. After the whole album had played, we interviewed in a little private area towards the back wall of the studio you know where you actually record. I asked Chip about his past music career, recent album, artists he has worked with, and more. Check out the interview!

Sierra: Why are you know longer with Rebel Gang?

Landstrip Chip: I don’t know everybody went their separate ways I feel like we was young at the time and there was a lot of egos. Me, being the most, I say, passionate about the business. I tended to do other things. Being focused on other things a little bit more than others. So we just went our separate ways.

Sierra: Who was all a part of that group?

Sierra: Oh, really? I can see why egos came to crash.

Landstrip Chip: Of course. I don’t really want to say no names or nothing like that. But there was a few of us.

Sierra: How long have you been a solo artist?

Landstrip Chip: I been making music by myself… After that? Hmm-mmm. We signed our record deal in 2011.

Landstrip Chip: With Sony RCA records. I think we got out of that deal in 2013. I probably had to wait until 2014-15 to really start making music. Being comfortable with making music. Not having to worry about nobody suing me. You know what I’m saying?

Landstrip Chip: The legal stuff with the business. So probably like 2014-15. 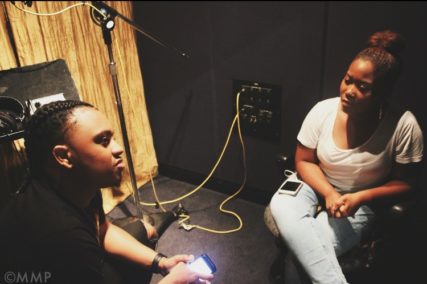 Landstrip Chip: I know for a fact we got Sonny Digital. We got Sonny Digital, K-Rich, Slade Da Monsta, Trap House Ryan, Beat Attikz, Deemoney, Bricks. Cool Trey? , Cool Trey? I think there’s another Slade beat. B.A.M. and Zone 36, I believe. Forgive me if I left anyone out.

Sierra: What’s the meaning behind the name Cruise Control?

Landstrip Chip: The meaning behind it… Basically, it started with me changing my name. Changing all my social media to Landstrip Chip. It was just Chip. There was a few artist in Atlanta, just Atlanta, named Chip. Not to mention the others around the world. I just changed it. It was more marketable.The whole Cruise Control title was just to put out a project that I feel like you could actually just ride to and not really just… You know what I’m saying like how you in the car and you are driving, and you just set the car on cruise control, and you just let it ride. I just wanted to put the tape together. I feel like you could just let it ride the whole way through 1 through 13, 12. However many songs it was.

Sierra: “Flat Shoals” is a dope record. My favorite off the album because I’m from Zone 6! Describe growing up on Flat Shoals having to Jugg (rob, steal, or hustle).

Landstrip Chip: Growing up on Flash Shoals. My generation was coming up on Flash Shoals. Was when they started really trying to put all the black people out of the neighborhood. Most of the hoods were already tore down. Paradise was on the way down. Leila Valley was on the way down. Thomasville was on the way down. Really, just me, being on my street. Where I live at on Flash Shoals is borderline DeKalb and Fulton. If you go a mile down my street, you’ll be on Bouldercrest. I spent a lot of time on Bouldercrest. I would just kick it with my homies or whatever. From there, the studio with the dude I was signed to was on Memorial. We were always in the studio. Or on Memorial or I’ll be on Bouldercrest or I was kicking it. I ain’t really run around too much with nobody. I didn’t have any neighborhood friends and sh*t like that. I’d go to other neighborhoods and kick it with my friends.

Sierra: How did you end up on Fader.com?

Landstrip Chip: I ended up linking with Fader through one of my homies named Reese. Reese on the tape. Reese on number 11. No, number 10. One of them. Really just reaching out to me like “Yo, let me help you get your sh*t to the masses.” So I’m like “What you got for me?” He was just telling different. The links he got. He ended up linking me with Jordan, one of the writers at Fader. He heard the tape or whatnot. He was f**king with it, so we sent them over the video for “Flash Shoals.” You know what I’m saying it’s nothing but love.

Sierra: It’s all good. Thank you for your time. 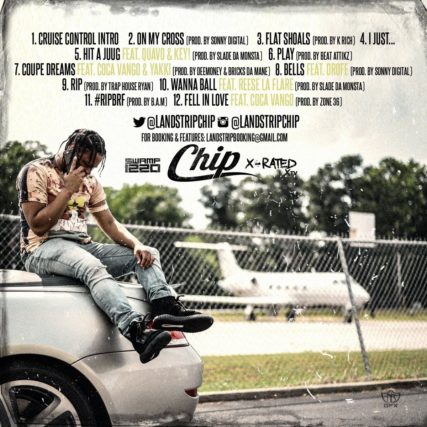