Skip to content
You are here
Home > Hip-Hop > Flashback Friday: Eric B. & Rakim!

THINKING OF A MASTER PLAN!

In 1987, the hip-hop duo Eric B. and Rakim released their debut album Paid in Full along with a classic record with the same title as the album. The two are vital to the golden era of hip-hop. Eric B. was a huge DJ and beatmaker during this period and is still influential even in today’s hip-hop era. He had a taste for hard-hitting samples from artists such as The Godfather of Soul James Brown. Rakim is considered by many real hip-hop fans as one of the greatest MC’s of all time.

Check out one of their most memorable hits “Paid in Full” and the album cover. 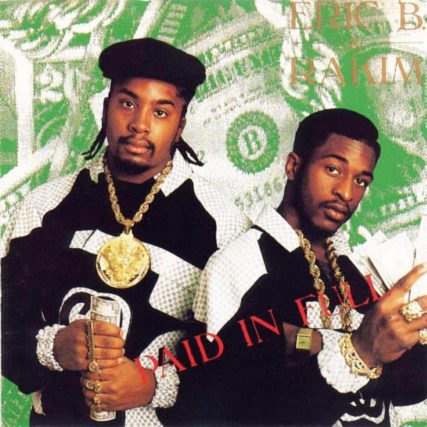