Remember when Lil Wayne went on ABC’s “Nightline” to do an interview and stated that he doesn’t feel connected to the Black Lives Matter movement? If you haven’t seen the interview, click the link below to read the full article and watch the interview.

Wayne has received a lot of criticism from fans and people in general on social media. Even rapper T.I. wasn’t feeling Lil Wayne’s comments and decided to school him in an Instagram post. 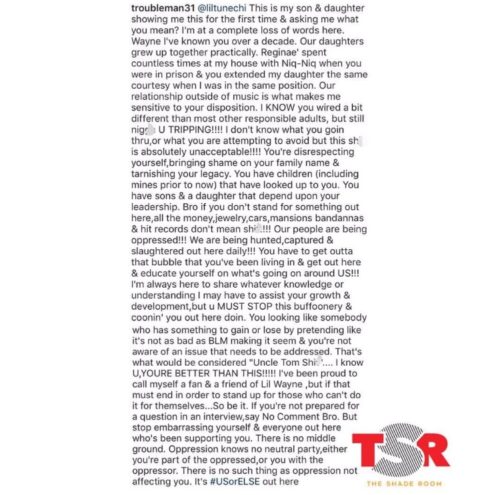 However, there were a select few who thought T.I. shouldn’t have checked his friend publicly but handled the matter privately including Lil Wayne’s daughter Reginae.

Check out what she had to say below.