Tyrone Hankerson, Jr. is getting a lot of recognition on social media and major news outlets, but not for his impressive fashion sense. 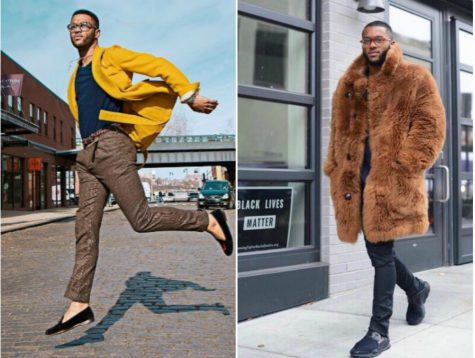 Professional photo shoots with Hankerson wearing expensive clothes and taking lavish trips went viral making the public side-eye his denial of any involvement in the scandal.

Students at Howard have been protesting, and Hankerson, a third-year law student, spoke with CBSN this Tuesday stating that his “life has turned completely upside down.”

Hankerson also attended Howard as an undergrad. He states he has had to deal with bullying and constant harassment since being tied to the scandal and investigation.

“I’ve tried to manage by pulling myself away – I have a great support system of friends making sure I’m OK at the law school,” Hankerson said. “We’re just trying to get through it as best as possible. But the biggest thing is safety concerns because people are tweeting and posting while I’m in class. I would hate … for somebody to target me and for anything to happen to any of my classmates or myself.”

Hankerson was a student employee at the Office of Financial Aid. He insists that he was not one of the six people terminated. Hankerson says that his employment in the Office of Financial Aid ended because he was entering law school. The school has not revealed the six employees fired because it violates FERPA, which is a federal law that protects the privacy of students education records.