Thanks to Black Twitter, thoughts on the BET Awards flooded social media timelines on Sunday, June 24. While some felt like this year’s awards was a snooze fest, I certainly had my favorite moments from the show. From Anita Baker receiving the Lifetime Achievement Award and Meek Mill performing his new record, “Stay Woke,” the 2018 BET Awards surely had its surprising performances and guest appearances that had me turning the volume up on my TV. Check out the best six moments from this year’s biggest night in black entertainment.

Not all heroes wear capes, and on the night of the BET Awards, some ordinary people were honored for their heroic deeds. John Legend handed several awards to those who displayed courage and bravery at a time where some may have turned away. 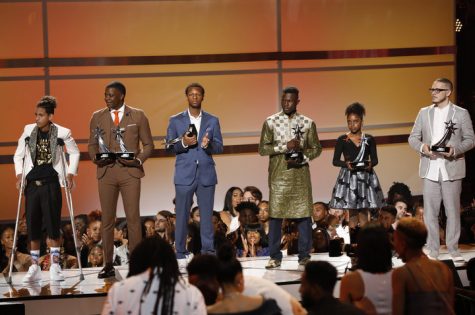 “Typically, the BET Awards honors a celebrity humanitarian who has done something extraordinary for our world,” Legend said. “But tonight, we want to honor a few of the individuals who have had the opportunity in their everyday lives to do something unexpected and impactful for our community,” he adds.

The Humanitarian Awards went to James Shaw Jr., Naomi Wadler, Mamoudou Gassama, Justin Blackman, Shaun King and Anthony Borges. Wilder gave a powerful speech in Washington D.C. earlier this year during the March For Our Lives event, and Borges is known for protecting his peers during the Parkland mass shooting at Marjory Stoneman Douglas High School. Borges was shot five times but received an award for his bravery after risking his life to save his fellow students.

Meek Mill makes a solid return to the hip-hop scene. The rapper used his voice and platform to discuss criminal reform with “Stay Woke.” The Philly native touched on police brutality and mass incarceration while rocking a black sweatshirt with portraits of XXXTentacion and Jimmy Wopo. The young MC’s were murdered last week.

His performance included some acting with a portrayal of a young boy being murdered, inmates standing behind bars, and more. Meek Mill was able to capture the audience with his impactful message. That’s how you make a comeback Meek!

R&B singer, H.E.R. lit up the BET Awards stage with her performance. The songstress performed her record “Focus” which showcased her beautiful vocals and then took her performance to the next level by playing an electric guitar.

With all eyes on the talented musician, H.E.R. decided to share some of her spotlight with fellow artist, Daniel Caesar. The duo performed “Best Part” which had the audience engaged with such impeccable showmanship.

There is no secret the legacy and power that Debra Lee holds in the media industry. She has spent 32 years helping BET build its reputation in the media and entertainment industry and has done her job well. Sadly, Debra Lee stepped down from her position as chairman and CEO of the company last month. 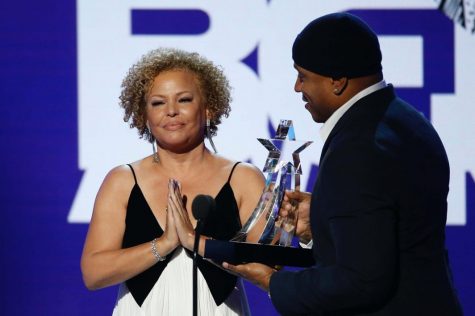 However, her work has not gone unnoticed. Rightfully so, Lee was given the Ultimate Icon Award. During her speech, she states the power of black culture and gives her final farewell.

“The power of black culture is unmatched. It’s beautiful. It’s amazing. It’s everything. It’s us,” Lee said. Right before her exit, she pulls a Barack Obama and says, “And, it’s Debra Lee out.”

5) Anita Baker is Honored for Her Legacy in Music

With tributes to Debra Lee and individuals for their heroic deeds, the night would not be completed without a tribute to the one and only Anita Baker. With hit records like “Caught Up in the Rapture” and “Sweet Love,” Baker earned the Lifetime Achievement Award.

The eight-time Grammy Award winner reached to significant heights in the 80s and 90s by continuously delivering timeless R&B music. Baker gave a speech in addition to accepting her Lifetime Achievement Award that filled the audience souls.

After a blast from the past, Uncle Snoop showed how he’s evolved over the years by performing records from his gospel album, Bible Of Love.

Accompanied by choir singers and Tye Tribbett, Snoop is joined on stage with the host of the show, Jamie Foxx. Foxx took over and closed the show by telling everyone to give it up to Snoop Dogg.

What was your favorite part of the award show?