Ever since Cardi B crossed over from reality television into the mainstream rap game, her force has been unstoppable. The MC’s hit single “Bodak Yellow” skyrocketed her music career to new heights.

Now, the Bronx native has been doing deals with companies such as Tom Ford, Fashion Nova,featured on records with other charting artists and will enter the new year with five Grammy nominations. Cardi B is nominated for Album of the Year, Record of the Year, Best Rap Album of the Year, Best Rap Performance, and Best Pop Duo/Group Performance. Also, her 2018 debut album Invasion of Privacy, consisting of endless hits and dope videos to match, hit #1 on the Billboard 200 chart for the week of April 12th.

While perusing through some of Cardi’s online content (videos and photos of her out and about) I honed in on some major social events she attended such as the 2018 Met Gala and 2018 Paris Fashion Week. I took notice that some of her looks paid homage to two Queen Bee’s in the music industry; Lil Kim and Beyoncé. While Cardi made the looks her own, I couldn’t help but get excited that some were inspired by two of my favorite divas.

Here are four times that Cardi B paid homage to Lil Kim and Beyoncé through her music videos and appearances:

From the stripper dance moves to Cardi B breastfeeding her daughter Kulture Kiari Cephus with husband Offset of the Migos, down to the infamous Lil Kim pose; in other words, the “Money” video was on point.

Yes, ladies and gentlemen, Cardi B paid homage to the original Queen Bee with the pose from her 1996 debut album, Hard Core. Lil Kim was just 17-years-old when the picture was taken for a poster to help promote her project. Little did anyone know that it would go down in history as one of the most iconic poses from an MC. It’s like Lil Kim said in her 1997 record “Crush On You” Remix, “Lil Kim, the Queen Bee, so you best take heed.”

Lil’ Kim talking about how she was 17 when she took her famous squat Hardcore poster shot, which Biggie actually picked himself pic.twitter.com/V98xsECuwt

Not only did Cardi B channel the infamous squat in the “Money” video, her outfit in the video resembled Lil Kim’s 1997 VMA’s outfit when she performed “Ladies Night” with fellow MC’s Lisa “Left Eye” Lopes, Da Brat, Missy Elliott & Angie Martinez. 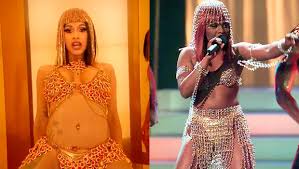 Shout outs to Cardi B and Kimmy Blanco 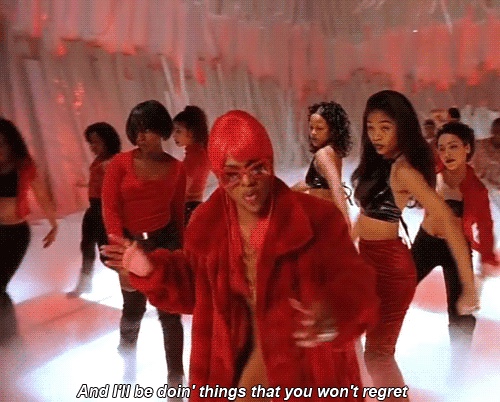 In the “Backin’ It Up” video by Pardison Fontaine, the Bronx native can be seen rapping lyrics letting everyone know that she is the Queen of talking sh*t and “Backin’ It Up.” 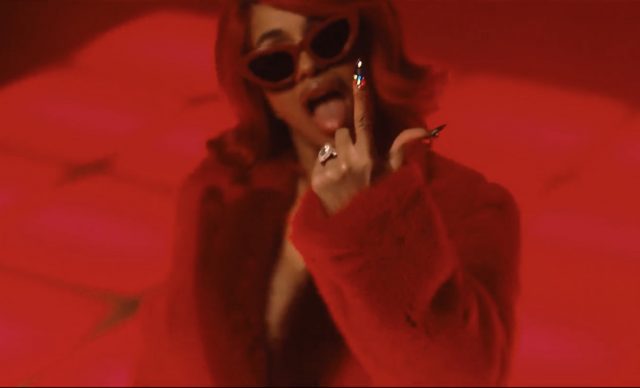 Check out the “Crush On You” Remix music video and then the “Backin’ It Up” video to catch the similarities of the Lil Kim inspired outfit.

The Met Gala is an annual fundraising gala for the benefit of the Metropolitan Museum of Art’s Costume Institute in New York City. The festivities are also a night where celebrities come dressed to impress. For the 2018 Met Gala theme, Heavenly Bodies: Fashion and the Catholic Imagination, Cardi B came looking like an angel out of heaven.

Covered in jewels and pearls, Cardi B stepped out in an all-white gown with a jewel-encrusted headdress to compliment her long black flowing hair. By her side was designer Jeremy Scott who stated to E! News that Cardi’s headpiece was made in three days.

So where does Beyoncé come in all of this Cardi B Met Gala talk?

While admiring Cardi B’s beautiful gown, it reminded me of Bey’s gold gown worn during her 2017 Grammy performance; it was covered in all the sparkle that a woman could ask for. The dress, made by designer Peter Dundas, featured Beyonce’s face and referenced the African goddess Oshun.

According to Dundas, the dress took one week to embroider with 50 people working on the gown continuously. While pregnant with her twins, Sir and Rumi Carter, Bey, looking like a Golden Goddess, still put on one hell of a performance.

Check out Cardi B and Queen Bey looking like the goddesses that they are: 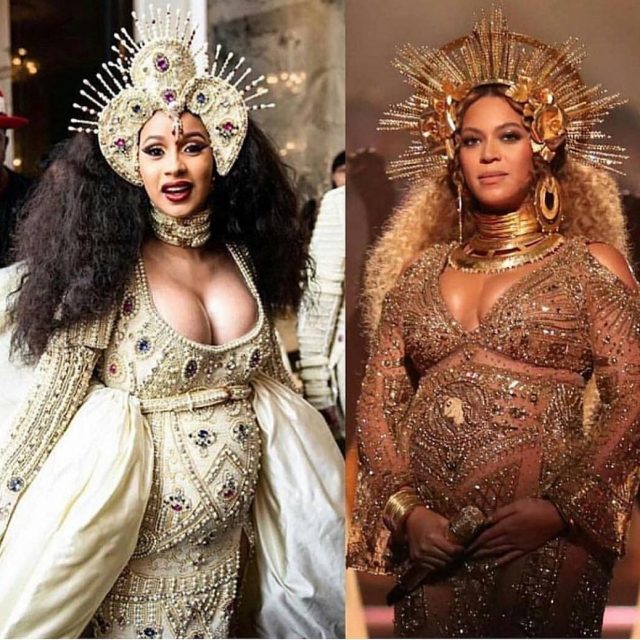 Cardi B killed her looks for every appearance during Paris Fashion Week. I mean, sis wasn’t missing a beat when it came to hair, makeup, and outfits. While in Paris, Belcalis stepped out in a beautiful feather-printed black gown with a slit and matching wide-brim hat made by designer Michael Costello. 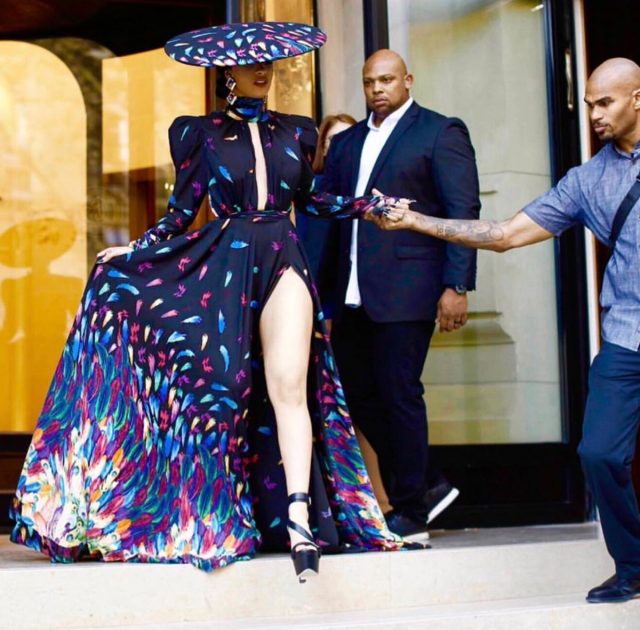 Cardi B looked gorgeous, and her dress resembled Beyonce’s black velvet gown worn during the 2018 Grammy’s. Bey’s gown, designed with slits in the sleeve and down her thigh, was worn with a black wide-brim hat.

Designed by Nicolas Jebran, the inspiration for Bey’s dress are the deep roots of social justice. 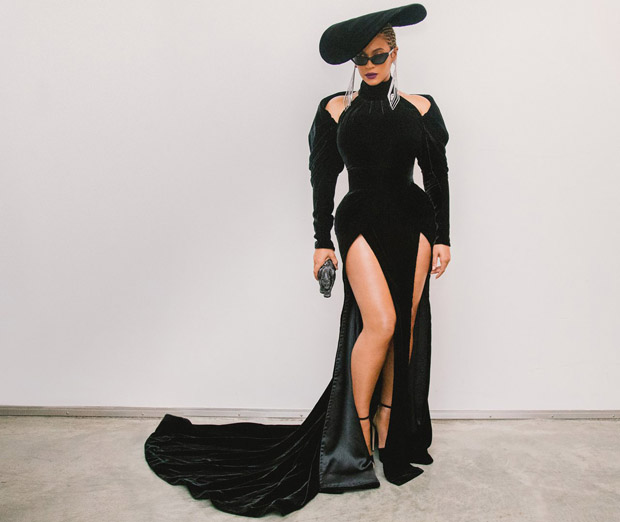 “The idea was to create a moment; a memorable design with meaning because it’s more than just a gown,” Jebran said in a Vogue interview.

That’s all folks! Shout outs to Cardi B for her iconic looks inspired by two iconic women.

Jay-Z Announces ‘4:44’ Tour Dates In Both Canada & The United States!