It’s been two days since the death of MC Nipsey Hussle stunned the world and those closest to him. Previously, I did a post about the heavyweight names in hip-hop mourning the loss of the rapper, who was gunned down near his Marathon Clothing store in L.A. Now, Nipsey’s longtime girlfriend and actress Lauren London finally broke her silence on her lover’s sudden death.

London who has appeared in movies such as ATL and This Christmas took to Instagram and posted a picture of Nipsey with a short, but tear-dropping post about her devastating loss.

Nipsey and London were lovers for five years, and the two have a 2-year-old son together named Kross. London is also a mother to son Cameron Carter with rapper Lil Wayne. Her late boyfriend Nipsey had a daughter named Emani Asghedom from a previous relationship.
So far, police have a suspect named Eric Holder in custody for questioning. 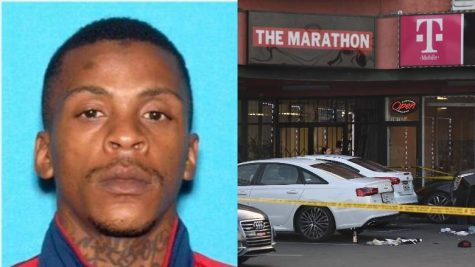 Killer Mike Will Not Be Voting For Hillary Clinton Or Donald Trump!