Chris Brown is back at it again! The arguably “King of R&B” released his double album titled Indigo Thursday, June 27. His LP drops two years after he released the 45-track set Heartbreak on a Full Moon in 2017. Indigo features over 30 songs with a star-studded lineup of guests including Drake, Nicki Minaj, Lil Wayne, and more. 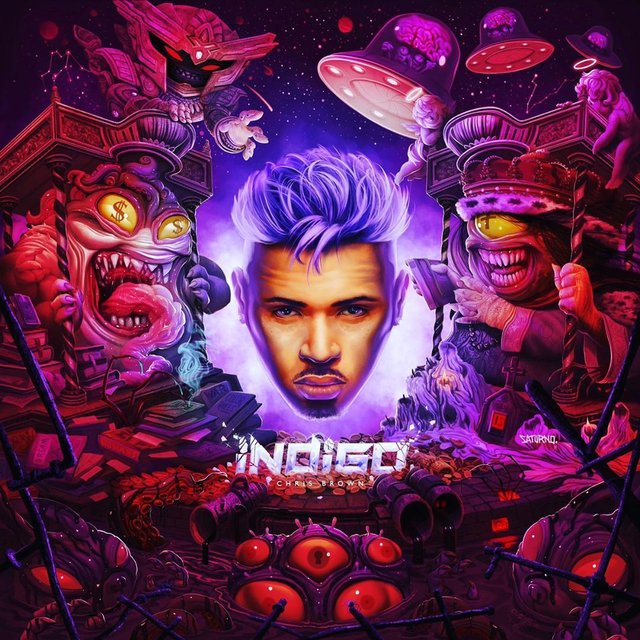 Twitter users wasted no time giving their thoughts on the singer’s latest project. Check it out below:

man, Chris Brown’s album “Indigo” is so damn good. i’ve literally had the album on repeat. all 32 songs! ?

Chris Brown’s #INDIGO album is absolutely amazing. He came with them vocals. Man was definitely in his bag. ???

Chris Brown one of the best artists of our generation & deserve all the praise while he alive ?? #Indigo out now…

Chris Brown is crazy!! This man really dropped an album with 32 songs on it!! Who even does that!? This man is out of control! If HE thinks that I’m going to download it, listen to it, be in my feelings, and have it on repeat then HE IS ABSOLUTELY RIGHT!! ❤️?? #INDIGO

The beats and lyrics on this new Chris Brown album got me like..#INDIGO pic.twitter.com/3pWwDtygy1

I just finished my first listen of #INDIGO and I have to say it’s an immaculate piece of art and will most definitively go down in history as the best @chrisbrown album of all time.

He poured his heart out one last time on #PartOfThePlan
Now jump on Cloud 9 and catch a vibe! ? pic.twitter.com/kNgUzbYDvI

Black Twitter: can we just discuss how @chrisbrown took the Grindin beat & blended it with a damn saxophone and made the shit sound like pure perfection!? Who does that!? #INDIGO #SorryEnough

Flippen Chris Brown man! what a fire album, Indigo has been on repeat #indigo pic.twitter.com/10g5epHhxA

INDIGO ALBUM IS CRAZY!!! the vocals? the production? the instrumentals? the energy? it’s everything i thought it would be and more.. so many joints and different vibes.

this man doesn’t have a bad song, everything he put out is amazing. NO SKIPS! Chris Brown is def on his bag!

This me listening to Chris Brown album , my boy never disappoints ? #INDIGO pic.twitter.com/8hPCpYsrOw

According to Hits Daily Double, Breezy is expected to have a #1 album with between 110,000 and 135,000 copies sold. 40,000 to 50,000 of that amount is pure album sales. Reportedly, Indigo will have a bigger opening week than Heartbreak on a Full Moon, which debuted at number three on the Billboard 200 chart. However, according to Billboard, Brown did earn his seventh number one on the Top R&B/Hip-Hop Albums chart with 68,000 equivalent album units.